GG calls for respect of principles of democracy, law 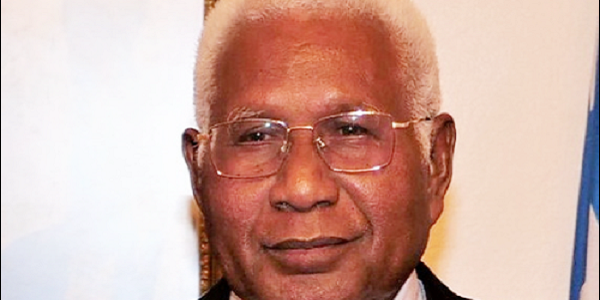 He highlighted this in response to the November riots when people dislike the ruling government by turning the peaceful protest into the three-day riots.

Sir Vunagi when delivering the speech from the throne at the 5th meeting of the 11th Parliament at the National Parliament yesterday said principles of representative democratic country and rule of law must be respected.

“This is a democratic country and we must respect the principles of representative democracy and rule of law.

“It is rather unfortunate to see these principles being trampled upon with such cavalier attitude,” he said.

He added it is indeed sad to see young children and youths involved in such riot incident.

“Whether they were used or victims of circumstance are not for me to speculate on,” he said.

“I pray and encourage our Members of Parliament to display mature and sound leadership.

“I am concerned about the tendency now to take to the streets when the lawful means of settling political differences is not respected.

“We must lead our people with truth, integrity and respect.

“I appeal to our good people of Solomon Islands to respect each other and to uphold the rule of law,” he said.

He said he believes that everyone can all attest to the fact, that the past few years have not been easy.

“As a young democracy and a post conflict country we have been beset with insurmountable adversity.

“We had one of the darkest periods in our history in recent time when half of our city was razed to the ground last November and our Parliament precincts breached.

“As a country and people we cannot continue to take the laws into our hands,” he said.

“These are indeed trying times but I thank God for His continuous blessings, guidance, strength and protection.”