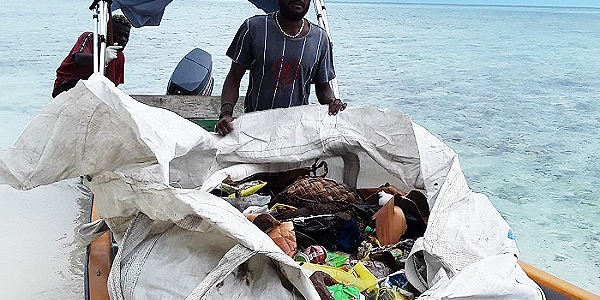 A SUCCESSFUL clean-up operation was conducted within the Western Provincial capital of Gizo and the nearby islands, Wednesday.

The clean-up exercise was held as part of the World Environment Day which fell on June 5th and World Ocean Day which falls on June the 8th, 2022.

Western Provincial Environmental Division Officer, Julie Kalamana Misimake, told the paper, the clean-up program was a successfully one which involved all the stakeholders and supporters.

Misimake said the initiative was supported by a number of non government organizations (NGOs) though the provincial government did not have the budget to support this event.

Some of the supporters included; the Environment Division, Fisheries and the Western Province Network Environment for Sustainability Development (WPNESD).

“Thanks to the NGOs and organizations that have contributed to the program,” she said.

She further highlighted it is through sharing of our resources, cooperation and working together that everyone can help to clean up their surrounding environment both land and sea.

As part of the clean up all the environmental networking teams and members went out to three nearby islands mainly, Logha, Nusatupe and Olasana Island to collect rubbish and other debris that were seen floating.

Gizo Town Council (GTC) and Malakerava Community, one of the role model communities in Gizo also conducted a cleanup within the town.

This morning the World Coral Triangle Day (CDT) will be commemorated and members of the general public in Gizo have been invited to join the program.