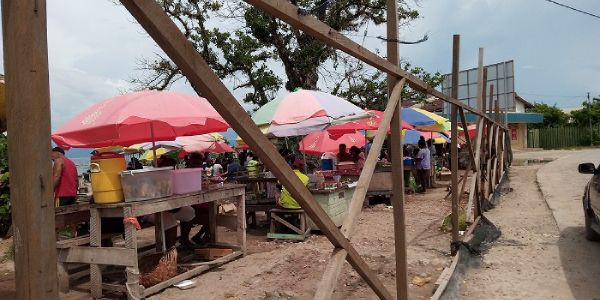 ALTHOUGH the Gizo Town Council (GTC) has issued a public notice to warn all the street vendors to relocate to the designated site, many decided to continue their illegal vending along the streets.

GTC has warned all street vendors to relocate by Monday this week.

However, many betel nut and cooked food vendors continued selling their products along the streets as if they have never been ordered to relocate.

The purpose of the public awareness was to warn all street vendors to listen to what the authorities say about illegal market stalls and the beautification of the township to maintain its status one of the popular tourism hubs.

Mr Kelly said the other contributing factor for the insubordination is the financial hardship affecting everyone and so people opt to sell betel nut, cigarettes and food on the streets to put food on the table.

“We are not discouraging them to stop selling betelnut and other products but we just want them to sell their products at the right place.

“This is very simple rule. Of course, everyone is trying to earn an income to feed their families but Gizo is a town and therefore it has rules and bylaws and it is important that residents must comply.

“We are living in a modern world and we have to keep up with international standards in order to make our township thrive as a tourist destination. If we don’t, then tourists would not want to come here.”

Mr Kelly also urged the Police to arrest anyone still vending along the streets after some more time is given for awareness so street would have no excuse to make when arrested.

A Gizo resident who requested to be only called Jerrence Leko said the police should also be blamed for not enforcing the law.

“If only the police are active, the street vendors would have long been removed from the streets,” he said.