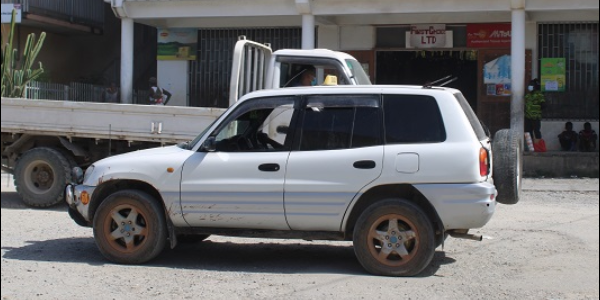 One of the taxi services in Gizo that forced to increase its charges on customers is Lezu Taxi Service.

A representative of Lezu Taxi Service Harley Max told Solomon Star Gizo that the increase in their taxi fare was imposed following the rise in the cost of fuel.

Mr Max said this could be from the effects of the COVID-19 situation in the country as well as the war between Russia and Ukraine.

Not only that, but Mr Max said the bad state of the roads in Gizo too is one of the reasons the fares are increased to enable vehicle owners to meet the cost of spare parts and maintenance of their vehicles.

“The bad state and condition of the roads in the Gizo Town caused vehicle owners to spend more money on spare parts.

‘’Plus the spare parts that we ordered were transported on the plane and not on ship, so this is another expense,’’ he said.

According to Mr Max, Lezu Taxi Service is imposing an additional $5 on top of what used to be the taxi fare for destinations around Gizo.

“This means taxi fare from Down Town to Top Hill is now $20 instead of the previous rate of $15,” Mr Max said.