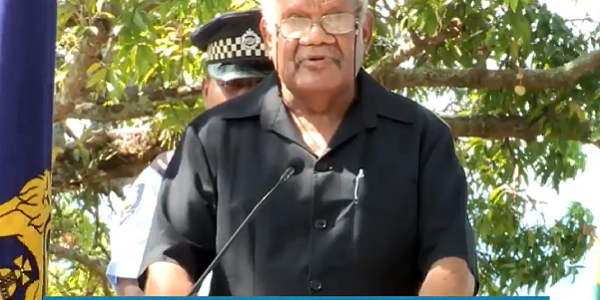 THE acting Governor General and Speaker of National Parliament Honourable Patteson Oti today formally announced the passing away of Her Majesty Queen Elizabeth II and ordered that all flags in the country be flown at half-mast.

Mr Oti said Her Majesty passed away peacefully yesterday afternoon Thursday 8th September at Balmoral at her Scottish Estate in Scotland at the age of 96.

“Solomon Islands as the realm and a member of the Commonwealth must therefore joined the Royal Family and the people of the world in mourning the loss of Her Majesty, The Queen,” Mr Oti said.

“In honour of the demise of Her Majesty, The Queen, I declare and order that all flags in the country are to be flown at half-mast from the time of death to the time of burial.”

“I on behalf of the Government and people of Solomon Islands I humbly take this opportunity to express to members of the Royal Family God’s gracious mercy, comfort, strength and love through the recent time of mourning,” Mr Oti said.

“Let the soul of her Majesty Queen Elizabeth II, The Queen of Solomon Islands, rest in peace.”