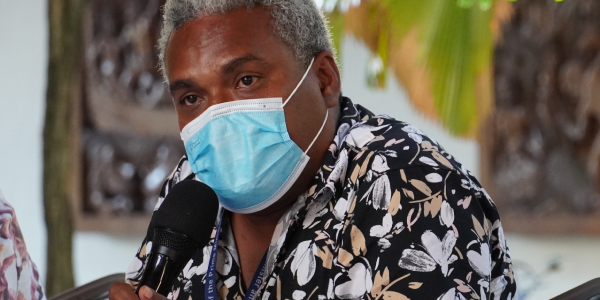 THE government is not taking full control of the national broadcaster, Solomon Islands Broadcasting Cooperation (SIBC) but merely removing it as State Own Enterprises (SOEs).

This means its operation and functions will be guided by Broadcasting Act established in 1977.

Special Secretary to Prime Minister Albert Kabui made this clarification during a Press conference at the Mendana Hotel, Thursday.

He said SIBC was formally established in 1977 by an Act of Parliament the Broadcasting Act. Prior to that it was government own.

He said when the Broadcasting Act was enacted it then formally established a Cooperate body that stipulates the functions of the Board, Chief Executive Officer and the basic functions of SIBC in terms of entering into contracts, raising funds and so forth.

He said SIBC was added as an SOE when the Parliament enacted the State Own Enterprise Act in 2007. After that SBIC was added on the schedule of SOE Act as an SOE so it became an SOE by vector of being added to the schedule SOE Act.

He said this does mean SIBC will no longer operational as it does as always. It will still remain.

He said they have acts of parliament governing their establishment and operations them and they remain operational.

He also clarified that removing SIBC as an SOE does mean it will become a government agency.

He said SIBC will remain the Statutory body that was established under the Broadcasting Act.

“It is no longer an SOE which means its operation and function will be guided by Broadcasting Act which established SIBC and operated since 2007.

In terms of broadcast contents, Mr Kabui said it is the matter for SIBC administration to determine.

He said the government will not take full control the functions of SIBC but merely removed it as an SOE.

Mr Kabui said this will not also affect the employment of the staff of SIBC as it will now be fully funded by the government.