Gov’t hits out at report 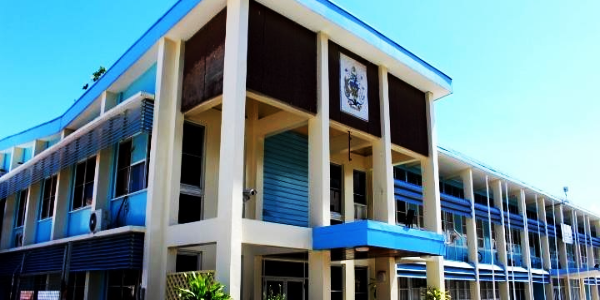 THE Government has described the report published last week with the headline ‘Sogavare `agrees’ to settle claims’ as misleading and inaccurate.

Government accused the writer ‘Alfred Sasako’ for the misleading report.

“The Government admonishes Alfred Sasako for misleading the nation again, in his article entitled, “Sogavare `agrees’ to settle claims”.

“The Government clarifies that the article in the Solomon Star newspaper is outright inaccurate and misleading,” the statement said.

The Government confirmed that the claims made by the so-called ex-militants has not been agreed to.

“There is a process to follow. There are many outstanding claims that are being made to the government which include claims from public servants as well. These claims must be verified first. Work on consolidating these claims is near completion.

“That said, we must also understand that we are also trying to keep our economy afloat during this global pandemic.

“We also need to prioritise other public services such as education, health and security as well.

“As a responsible Government, as part of its deliberation on the claims, the Government will make its decision based on the recommendations in the TRC report, which was tabled on the last day of the term of Parliament in 2014m,” the statement said.

The TRC Report is a five volume report that was never referred to the Committee of the whole House for debate because Parliament dissolved by operation of law right after the TRC report was tabled in 2014, it addeed.

The Government will table a consolidated version of the TRC Report in Parliament when Parliament next meets. However, this report must first come through Cabinet.

“Sasako’s continuous tirade of misinformation to the public is disturbing and is causing unnecessary anxiety and alarm to the public,” the statement said.

The Government further calls on Sasako to exercise responsibility and uphold the fundamental journalism code of conduct.

“The Government believes that media as the fourth estate must be given the freedom to do their work, but with freedom must come responsibility on the part of the journalists themselves.

“The credibility of the journalism profession is being dragged through the mud by the likes of Sasako,” the statement said.

The statement said the National Government is fully committed to the implementation of its policy priorities in the interest of national peace and stability, economic empowerment and well-being of its citizens.