HOW LONG MUST TAXPAYERS PAY FOR LAWLESSNESS? 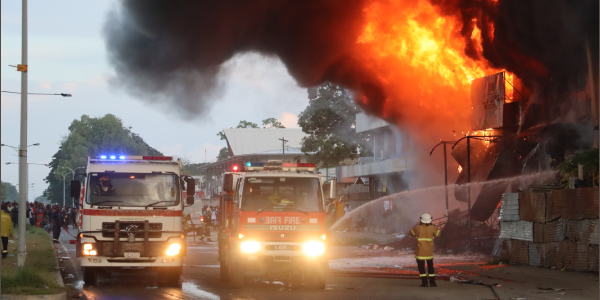 WE say enough is ENOUGH.

Taxpayers must never be forced to continue to pay for lawlessness in Honiara or elsewhere in this country, for that matter.

Citizens of this country must be subject to the same rule of law in this country. The ceremony being organized to say sorry to Prime Minister Sogavare by giving him shell money is a sick joke. How long can we keep repeating this?

The ceremony planned for Friday demonstrates the systemic failure to address law and order. If the Church feels so strongly about the need for reconciliation, they should first report their suspicion to police.

Police are responsible for enforcing the rule of law in this country. To take such a serious crime that arson is and gloss over it with reconciliation is merely encouraging lawlessness in this country.

This so-called symbol of ‘tok sore’ from the Burns Creek community is a joke. No wonder lawlessness is flourishing in our communities today because those who break the law know for certain they would be forgiven through reconciliation.

Deterrent must be exercised

Prime Minister Sogavare being a law-abiding individual that he is, should reject the overtures of “tok sore” outright. Those who torched his properties – a family home and another building owned by his daughter, should be allowed to face the law in its entirety.

Here is part of the statement issued by the Prime Minister’s Press Secretariat in announcing the proposed reconciliation ceremony.

“History has shown that Prime Minister Sogavare is a strong nationalist leader, he is a fervent patriot who will do anything to put the country on the right path. The burning of his properties has not dented his passionate love for the country and the incident only strengthens his resolve to lead the country forward.”

Anything else is one more layer of the heap of corruption overshadowing the need to clean up the mess in all sectors of the country.