I AM DUTY-BOUND TO SEEK LEGAL ADVICE: SPEAKER 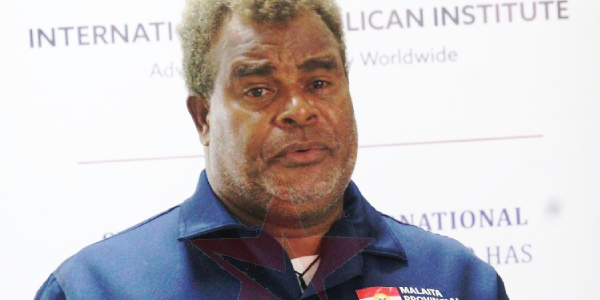 Mr. Butala was responding to an article by Auki-based Solomon Star reporter, Wilson Saeni, who claimed that by seeking advice from the Attorney General the Speaker was colluding with the Non-Executive to defeat the Provincial Budget.

The budget, riddled with allegations of non-compliance, misappropriation, non-payment of Ward Grants to provincial members, disqualification of Malaita Province from the PCDF grants and the breach of the Malaita Communique by the Suidani government, was defeated on voices.

But the Speaker said nothing could be further from the truth.

“The truth is that I am duty-bound to seek legal advice from the Attorney General’s Chamber. The purpose is fourfold. First, the Malaita Provincial Assembly does not have a lawyer.

“Secondly, the MARA government has had a history of motions every single year. As such, my Office must be prepared to deal with each eventuality based on standing orders and other legal instruments.

“To suggest that I was colluding with the Non-Executive members to defeat the budget is ludicrous. It is nothing more than a figment of imagination by those whose purpose all along is to continue to confuse the people of Malaita,” Speaker Butala said.

“As Speaker, I will not allow brainwashing of the people of Malaita to continue. It is my responsibility to see to it that order and truth prevail,” he said.

He said he is disappointed that Saeni had never approached “my office for the truth about the defeat of the budget.”

“Saeni is the only reporter who never sought an interview with me in this and other previous matters even though his office is only a stone’s throw away from my own,” Speaker Butala said.

“Reporters should not align themselves with those who do nothing but spread confusion at the expense of the public,” he said.