I WILL NOT CONTEST: SUIDANI 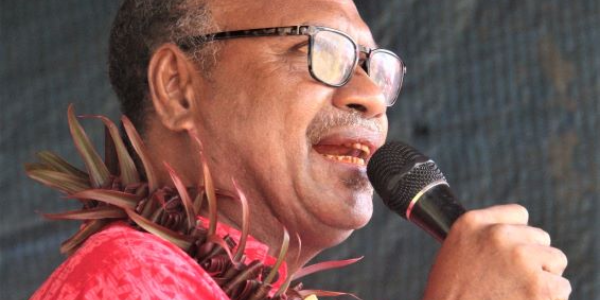 THE Malaita Provincial Premier Daniel Suidani says he is not interested in contesting for the Fataleka electorate as a candidate for the upcoming national general elections.

Premier Suidani was responded to claims that he is preparing to contest the 2023 national general election by forming a new political party.

Following a news report on a new political party that will be headed by Premier Suidani, some commentators have pointed out that the Premier is hungry for power at the national level.

However, Mr Suidani said he is not hungry for power.

In fact, he said it is the people who gave him the power to represent them as the Malaita Premier.

He said the power that is vested on him is a mandated power from the people which provides for him as a leader to do as the people wish.

He said the new political party that is in the pipeline is a guideline for what he viewed as a way forward for good governance.

He said the new political party will allow candidates to contest the 2023 national election under its manifesto.

He said often candidates contested the national general election as independent candidates and become grasshoppers when it comes to forming a new government.

He said the issue is that when these independent candidates win elections, they have no guideline to follow resulting in MPs not representing the people the way they are expected because they have no real manifesto to implement.

He said it is important that a political party’s manifesto preached during election campaigns be implemented when coming into power and not the other way around.

The Premier said he finds it disturbing when independent candidates campaign during elections, get people’s support, get into power, and do the opposite as they do not have a clear manifesto to follow.

He said it about time to make the difference and put a stop to this in the coming election.

The Premier said while he will be heading the new political party he is not intended to contest the upcoming national general election.

He said he is more interested in the leadership at the provincial level as he need to set his home province in order ready for future developments.