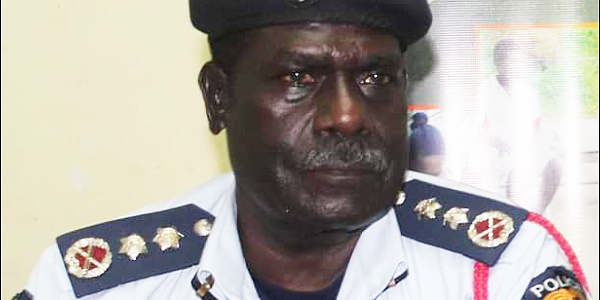 BUIN Police of the Southern Command Police and Immigration in Bougainville had intercepted more than fifty fishermen from Shortland Islands, Western Province who illegally crossed the redline border into Bougainville territory over the weekend.

This was reported by the New Dawn FM News in Bougainville yesterday.

The locals crossed the border to sell fish and buy some food in light of the shortage of food faced by the communities there.

According to the report the fishermen were stopped by Buin Police and Immigration at the Kangu beach on Saturday.

The fishermen told the officials claiming they were desperate because they were only surviving on dry coconuts for the past weeks and desperately need to sell their fish at the Buin Market to buy food and then returned.

In an interview with the New Dawn FM News based in Buin, the islanders said its been almost three years they have gone through such challenges due to the closure of the border between Shortland and Bougainville.

The fishermen told the FM News that given the current challenging situation they have no option but to fish, cross the border, sell their catch, earn some money and buy some food before returning.

“This is because Gizo is too far to reach and it s very expensive as well. The same goes to Honiara, the distance unlike Bougainville is our only hope and opportunity to do marketing like we did in the past years.

“However, we have no option but to cross the border even if its illegal because we will die from hunger,” one fisherman from Shortland told the New Dawn FM News.

According to John Alisae, Chief of Toumoa Village of Fauru Islands in the Shortland Island said three boats from Gaomai villlage in Shortland Islands traveled over to Buin Market on Saturday.

Chief John Alisae said they contacted the Harapa Police Station to inform them about the travel arrangements across the border.

He said upon their arrival from the other side, Buin Police from the Southern Command together with the Immigration Officers have intercepted these fishermen including women and children.

However, Mr. Alisae said after some understanding was reached, these fishermen were able to sell their baked fish at the Buin market.

The Bougainville Chief Assistant Police Commissioner has warned the Shortland people not to cross the border illegally again.