Beligarism on the rise in Honiara 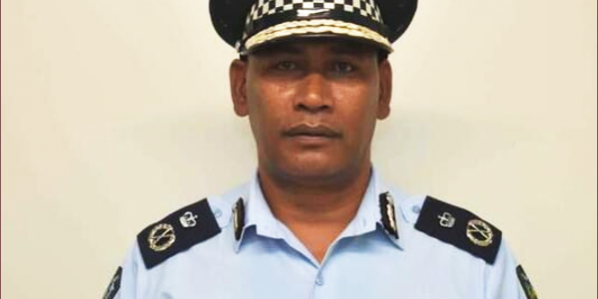 POLICE leadership has come under the spotlight in the face of increasing social disorder and ‘beligarism’ (burglary) involving children as young as eight years old.

There are growing concerns within and outside the Royal Solomon Islands Police Force (RSIPF) that unless the Police Commissioner Mostyn Mangau is removed, things would only get worse.

Traffic police in particular has been singled out as an area that needs to be addressed as a matter of urgency.

Centres for Violence Against Women that police had set up at the beginning of the lockdown has become ghost Centers. The phones rang out each time they were called.

“There is no one there, and yet these are Centers which gave women who have been subjected to abuse and domestic violence a glimmer of hope. It all turned out to be nothing,” a frustrated member of the public told Solomon Star at the weekend.

“News of a split within the RSIPF – those who support Commissioner Mangau and those who chose to distance themselves. This split has resulted in orders coming from the Commissioner being ignored.

“The only way to move forward in tackling the growing law and order problem in the country is to remove the Commissioner,” the man said.

The split within the Force appears to give juveniles – some as young as eight years old – the opportunity to indulge in criminal activities such as pick-pocketing and car theft.

Commissioner Mangau’s Office could not be reached for comments.

Former Permanent Secretary of the Ministry of Commerce, Industries Immigration and Labour, George Kosui warned in an FB post yesterday Solomon Islands “could be facing … a social time bomb in the making.

“With the growing number of unemployed youths on the streets and the increase in the number of dropouts from the formal educations system, we could be facing a problem here…a social time bomb in the making,” he said.

Mr. Kosui last week witnessed an incident in the parking lot of the Bulk Shop at Kukum around 4:30pm on March 9.  Six youths, aged between eight and 12 years old – all male – crossed the road from the store in the Yellow Building on the opposite side of the road and headed towards “where we …parked.

“Facing me was a grey Caldina car, and opposite me, a black Rav4 with a Kings Taxi sign on its side. As I sat down waiting for my friends who went into the Bulk Shop to buy ice cream, the boys between the ages of 8 – 12 started touching vehicles traveling on the main road,” he said.

“As they walked near the Calidina the youngest boy tried to open the door of the car but he could not because it was locked. They then looked at the car I was in, a black Caldina as well, but did not do anything because they could hear the engine running.

“After trying their luck without success, one of the young men, jumped up behind someone who was walking towards the Hot Bred Kitchen and tried to pick something from his bag, but luckily the guy realized what was happening so he turned and shouted at the young guy.

“I think I have witnessed something that is becoming an issue in the capital. With the growing number of unemployed youths on the streets and the increase in the number of dropouts from the formal educations system, we could be facing a problem here…a social time bomb in the making.”

Mr. Kosui’s experience is not the only incident.

Further east of the Kukum area, another incident occurred last week. This time it involved a matured man who ‘conned” a young man selling foodstuff from a roadside stall.

To avoid confusing the two people, let’s name the young man John (not his real name). The man approached John by asking for $150 so he could pay his cash power before Solomon Power closed that day.

The man also asked for John’s new touch phone, saying he wanted to contact his wife who worked in one of the commercial banks in town so that she could prepare the money for him to collect.

He promised John $800 in return for his help.

It was the last John saw of the man and his phone. Now John’s relatives hunting the man described as a “conman.”