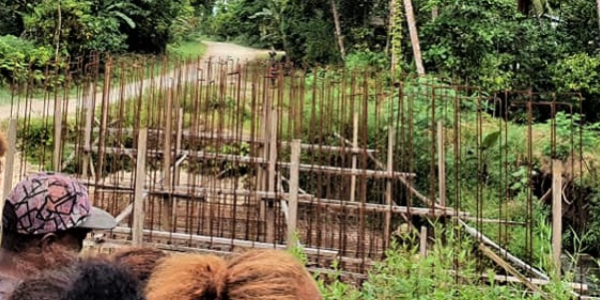 BRIDGE upgrade along the North road in Malaita Province have taken ages to complete, raising concerns if the contractor tasked to implement those projects are committed to the task.

Speaking to Solomon Star Auki, a concerned Malaitan Francis Folia said work on those incomplete bridges started some years ago and surprisingly they are yet to be completed to this day.

Mr Folia said the slowness in completing those bridges have raised concerns if the contractor will still deliver those projects.

He said vehicles servicing the North road have been using temporary roads and bridges in place of those damaged bridges for something now where he questioned for how long will the travelling public risk their lives due to slow delivery of those government funded projects.

With that, he urged the responsible ministry, the Ministry of Infrastructure and Development (MID) to monitor its funded projects to ensure contractors deliver those projects within the required time frame.

He said delay in delivering such projects not only put the lives of the travelling public in danger, but also denied vehicle owners who paid revenue to the government a safe and secure road to operate their transport business.

He said a number of incomplete bridges with only skeletons are located between West Mbaelelea and Tobaita which have been there for some time now.

He said while the people of Malaita appreciated government funded projects through MID, those projects must be delivered on time in quality.