Jailed for trespassing into GG’s compound 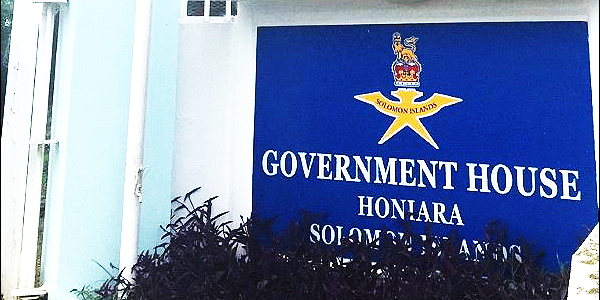 A 17-year-old male will spend one month in jail for trespassing into the Governor General’s official residence at East Kola Ridge when drunk.

Principal Magistrate Felix Hollison sentenced the young man, Thursday this week after he pleaded guilty to one count of criminal trespass at the Honiara Magistrate’s Court.

Mr Hollison said the sentence should serve as a personal deterrence to the offender and also the general public that “anyone who commits the offence of criminal trespass is punishable either by way of a penalty fine or imprisonment”.

He said criminal trespass is one of the offences that protected people and homeowners from invasion by any person.

“This offence has a nexus to the constitutional rights such as the protection of property and privacy,” Mr Hollison said.

The court heard that on 10th November 2021, the offender and his friends went out drinking at Naha 4 – close to the Governor General’s official residence at East Kola Ridge.

The offender decided to return home and asked his friends to lead him to the main road.

His friends then led him through the Governor General’s compound – a short-cut to get to the main road.

A police officer on duty at the GG’s residence heard people making unnecessary noise at the tennis court towards the eastern boundary of the compound.

He approached the tennis court, flashed his torch light and saw about five men including the 17-year-old intoxicated.

The group of boys have entered the compound along the fence as short-cut to get to the main road.

The police officer warned them to leave, but the offender and his cohorts continued to remain in the property.

The officer then called for back-up from Naha Police Station which resulted in the arrest of the offender.

The other suspects escaped.

The Principal Magistrate described the behaviour of the defendant and his cohorts at that time as “very appalling and disrespectful”.

“…it is also a threat to the representative of the Head of State in Solomon Islands in which the office is an institution that symbolizes our statehood, democracy and existence as a nation.

“The Governor-General and other government leaders must be well protected.

“Their official residences should normally be secured with proper fencing and guarded by a reasonable number of police officers,” Mr Hollison said.

He said the security of the Governor General should be treated as a matter of great importance and urgency by the police and the government.

He said this case is no doubt involved a breached of security protocols of the Office of the Governor-General.

“I think it is imperative that all of us must learn to respect our elders, chiefs, church leaders, our national leaders, women, men, children and people from all walks of life including the Governor-General.

“Parents play a pivotal role in the upbringing of their children and continuous advice should always be rendered to the young people of this country,” Mr Hollison said.