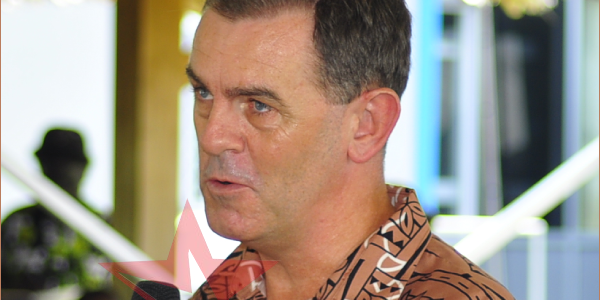 Perjury over Pari Land transfer could land COL in jail

ALAN McNeil – the Commissioner of Lands turned whistle blower – could find himself in jail for making a false statement to the High Court.

This was revealed in documents on the Pari Development Company Ltd’s land in Noro, Western Province. Solomon Star has sighted the documents which also revealed that Mr. McNeil acted outside his powers as Commissioner in transferring land titles without the sanction of the Land Board.

In his sworn statement, Mr. McNeil said that “Pari Development Company Ltd has sold FTE Parcel No. 098-016-1 to Pacific Everest Company Ltd on 7th May 2018.”

It was later found that this was not true as Pari Development never sold the land. Mr. McNeil said he has since rectified the apparent mistake.

In the statement, sworn and affirmed by Mr. Alan McNeil before a Judge of the High Court as Commissioner of Oath on 13th September 2019, Mr. McNeil said:

“Acknowledging that I understand that the sworn statement is to be used in court proceedings and that if I make a false statement I may commit perjury and be liable to a substantial penalty.”

A case on the matter is before the High Court.

The substantial penalty for perjury carries a seven-year jail term, according to knowledgeable individuals on the matter.

The documents also revealed Mr. McNeil acted outside his powers by transferring land titles without the knowledge of the Land Board.

“Pursuant to section 8D (1) and (2) where any land is owned by the Commissioner in a provincial land boundary and is  required by the Provincial Executive or the Commissioner to allocate for whatever purpose the Land Board shall be informed accordingly and the Board may issue directives on process for allocation.

“The allocation of lands listed in paragraphs 7 and 8 here transferred by the Commissioner of Lands and registered by the Registrar of Titles in the name of Pari Development Company Ltd were not authorized by the Land Board nor was the Western Provincial Government consulted despite the concession and being located on Noro urban centre where commercial logging potential was limited. Lambete and Noro had been declared towns by orders published under Gazette LN 119/1968 and 1999.”

In response to his outburst last week, the Managing Director of Pari Development Company Ltd, Donald Bato had this to say.

“Sure, he is quite efficient in his work by keeping that scope of duties and responsibilities in check but I must say that Mr. McNeil has a dark side to him and is not at all that perfect public servant he claims he is.

“What I’m about to provide … will leave him gasping for breath,” Mr. Bato said.