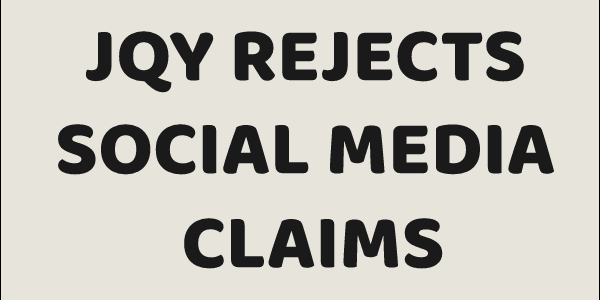 JQY – one of the major hardware suppliers in Honiara – has rejected claims which, among other things said the Company has a special standing with the government.

Wendy Amangongo Mount who wrote the article also accused Prime Minister Manasseh Sogavare of withholding the name of MV Solomon Prestige 2 the boat which she said had onboard 23 COVID-19 positive cases when Mr. Sogavare announced the initial outbreak of the coronavirus on Ontong Java in early January this year.

According to Ms. Mount, the vessel was owned by JQY.

But the Company has vehemently denied the claim, describing it as “baseless and lacks facts.”

“There is no basis for the claim in terms of the ownership of the vessel. Solomon Prestige 2 was never owned by JQY,” the Company said in a short statement issued yesterday.

The Company also denied being involved in the purchase of bechedemer in Malaita Outer Islands (MOI).

On the issue of JQY having received $240 million from individual MPs in the purchase of goods, the Company said the allegation lacked evidence.

“But even if it’s true, JQY is a business which offers attractive credit facilities which means that as long as you have a good credit rating, you can access the goods we sell,” the statement said.

The Company said it would be making a detailed statement later this week on specific allegations that Ms. Mount had raised against it and its operations.

“It is easy to make claims that are outrageous, but one must be prepared to support such claims with evidence because JQY has a good name and it will defend its standing in the business community in Honiara and elsewhere,” the statement said.