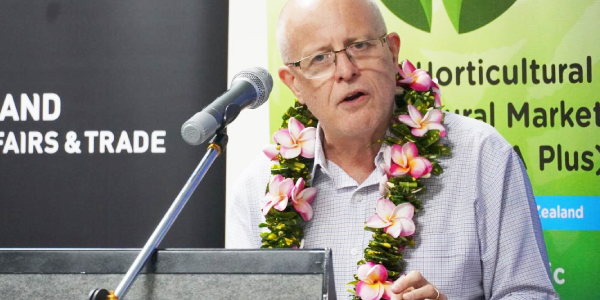 KAVA has the potential to contribute significantly to national economic growth due to the high demand for the commodity in the international market.

The New Zealand High Commissioner, Jonathan Schwass highlighted this in his remarks at the launch of the National Kava Quality Standard and a Kava Industry Working Group (Kava IWG) in Honiara last week with the support of the Australia and New Zealand funded Pacific Horticultural and Agricultural Market Access Plus (PHAMA Plus) programme.

He said there are opportunities for kava exportation from Solomon Islands to New Zealand and the establishment of the quality standard and working group were the result of a policy review to ensure the country meets the required preparation and sales standards.

High Commissioner Schwass said he knows that kava does not have a cultural role in Solomon Islands as it does in Vanuatu but since he was here, he noticed the growth of the kava culture in the country.

He said kava has become a sought-after product not only amongst the Pacific and Maori people in New Zealand but the Pakeha- New Zealanders of European descent- as well.

The New Zealand High Commissioner said economic development in the Vanuatu provinces of Penama, Sanma and Malampa, is largely driven by kava and people get rich from it.

High Commissioner Schwass said New Zealand is pleased to be supporting the process through its involvement in PACER Plus and congratulated Solomon Islands for the initiatives it has taken towards commercialising kava.

He said people can really be well off and help manage their families by growing kava and exporting them as there is a growing demand for it in the world market, especially in the pacific region.