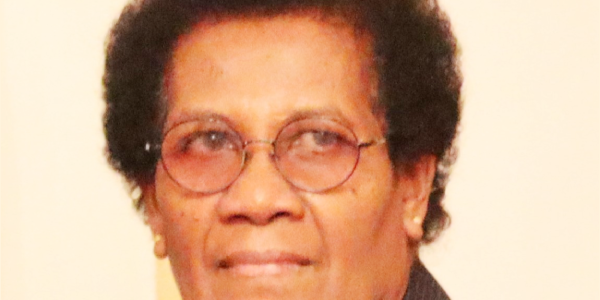 CHAIRMAN of the Parliamentary Foreign Relations Committee Hon Peter Kenilorea Jnr has congratulated Mrs. Jane Wa’etara on her new appointment as the country’s Ambassador to US.

Hon Kenilorea in a statement today wished Ambassador Wa’etara well in her new role not only as Ambassador to US but also Solomon Islands UN Permanent Representative and High Commissioner to Canada.

Ambassador Wa’etara was Chief Electoral Officer before her appointment.

She was the first local and female to hold the CEO post since it was constitutionalised in mid-2018.

Hon Kenilorea said with her vast experience working in the public service and as a former permanent secretary of the Ministry of Planning and Aid Coordination, Ambassador Wa’etara will definitely deliver on her new role.

“Her strong personal faith and beliefs and her impeccable history of upholding our democratic values will be a guiding compass for her at the UN and with our many partners who share the same values,” he said.

Hon Kenilorea conveyed his best wishes to Ambassador Wa’etara on her new posting.