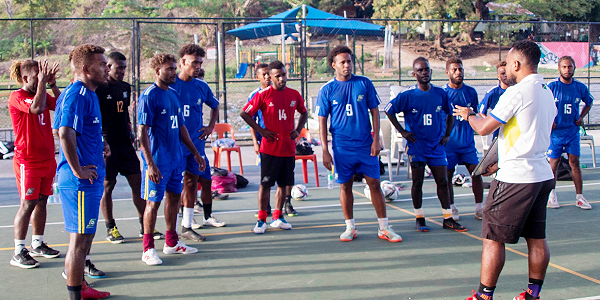 THE country’s national futsal team, Kurukuru has kicked off their training in preparations for the OFC Futsal Cup 2022

This is the first time the team has come together to train since the FIFA World Cup 2021 and also following the announcement of the provisional squad two weeks ago.

The team will train under the guidance of Coach Francis Lafai and trainer Nelson Kabitana.

A statement from SIFF yesterday confirmed the extended squad will train twice a week, on Tuesdays and Thursdays, leading up to the tournament which is scheduled for next month in Suva, Fiji.

The players are selected from the SIFF Super Futsal League.

The training is also part of Kurukuru’s preparation Kurukuru for an international futsal friendly tournament in Umag, Croatia.

Solomon Islands is invited to take part in the tournament from October 3rd to October 12.