Labour will increase as project expands 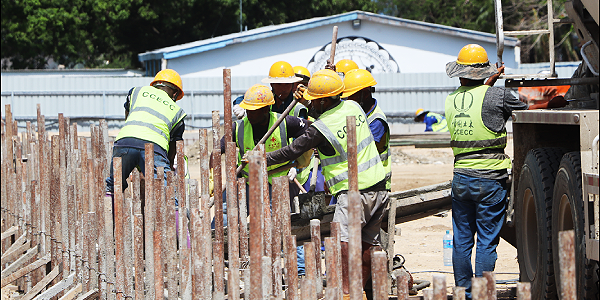 THE recruitment of local labours into the 2023 National Stadium Project continues to increase as the labour demand grows.

This is a good news for local labour in the country.

The statement from the 2023 Pacific Games Stadium Project Group said there are already more than 200 local workers from each province being engaged in the project.

“At the moment, there already have over 200 local workers from each province engaged in the project and will be increasing accordingly as the labour demand grows,” said the statement.

Last year Prime Minister Manasseh Sogavare and his Cabinet members visited the construction sites and were impressed with the progressed of the work.

At the main stadium the foundation work still in progress because the foundation is the important structure of the buildings the CCECC engineers told PM during his visit last year.

More local labourers are looking for jobs and the growing demand of job at the project sites could be a great opportunity for local workers to learn and engage in the gigantic project ever build in the country, it was highlighted.

CCECC engineers told PM last year that they not only engaging local workers but them also trained them to use modern machines and teach them to build big structure of buildings.