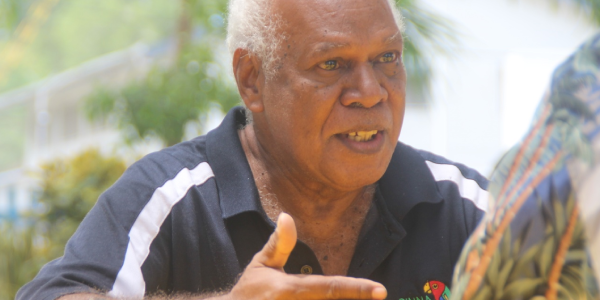 They expressed their frustration during a meeting held at the Children Park on Tuesday.

Spokesperson of Indigenous Honiara Landlord Association Eric Arifanata said they are frustrated because the government breached its tenant agreement.

He said sometimes they only received the first quarter but for the second, third and fourth it continues to delay.

He said this has affected them since some of them are not employed and rely on rentals for survival.

Mr. Arifanata who spent over 30 years and own two homes in Honiara depends on rental to support his family.

He said when the rental payment delayed to third and fourth quarter it really affected his family.

Another landlord who wished to withhold his name said 75 percent of the landlords in Honiara have home loan with the banks.

He said when the rental payments from the government delayed to fourth quarter which is approximately six months it affected them.

“We have home loan with the commercial banks and they don’t care we comply or not because they go for their financial profit margin.

He said the government should prioritize the rental payment same as they do with the salary of the public servants.

He said there are many homes owner by indigenous Solomon islanders put out tender because they could not pay up their contribution due to delay of rentals.

He recommends the government to prioritize the rental of the public servants in 2023.

Mr Arifanata said an interim committee will be set up to draw up the constitution for the association for long term plan.

He said their meeting was basically to gauge views from landlord to map out ways they can liaise with responsible authority to address their issue.