Lea’alafa named man of the match 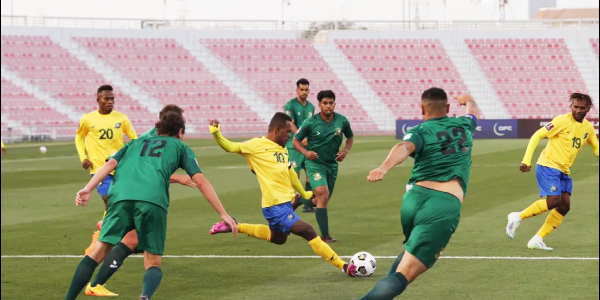 SOLOMON Island international and current inspirational captain, Micah Lea’alafa was named the man of the match in their opener against Cook Islands yesterday.

Lea’alafa earned himself the man of the match after displaying his football skills and sharp display in mid-field during the game.

The emotional captain in an interview with the OFC media said he is happy to return to the international level of football and earning himself the man of the match of the opening game is very much appreciated.

Lea’alafa further added that first match is always the tough one.

“The first match is always the tough of all matches.

“But the boys really worked hard for this until we managed to score two goals. Credits to the boys,” Lea’alafa stated.

He said, it’s just the beginning of the tournament and they have to take one game at a time.

Lea’alafa further stated that their main goal for the match is to win in order to secure the first three points.

“But playing with such a team like Cook Island is very difficult.”

The skipper said despite their shortfalls in the game against the underdogs, the boys are looking forward for their next game against Vanuatu next week.