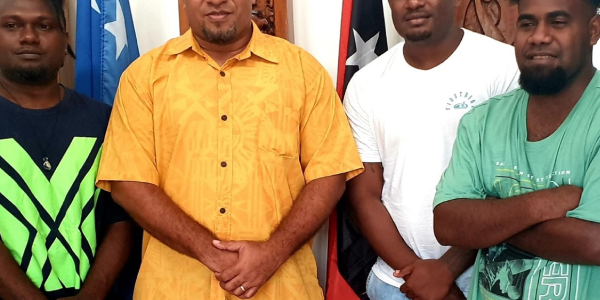 A statement issued by Solomon Islands High Commissioner to Papua New Guinea (PNG), William Soaki said he had met with the musicians and listened to their stories and experiences during morning tea.

The boys are currently on the “WINZY PNG TOUR”.

The statement said, the boys did their first successful performance over the weekend at the Cosmopolitan.

“Their remaining shows will be in Kokopo, Buka, Lae and one final show in Port Moresby before returning home in November.

“Their hit song Winzy is very popular on the PNG airwaves.

Many local fans have acknowledged the musicians for continuing to raise the country’s flag overseas through their music.

Meanwhile, Unik 7, a local reggae band, over the weekend took part in the Fest Napuan in Port Vila, Vanuatu.

Fest’Napuan is the largest music festival in Vanuatu – a free-to-public festival based in Port Vila, featuring local and international artists.