Lockdown for parts of Western tomorrow 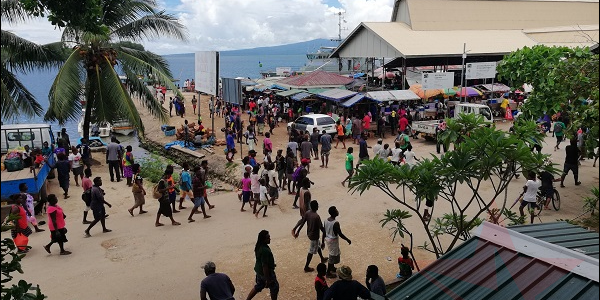 FOUR areas in Western province will go into a four day lockdown to start at 6pm tomorrow (Wednesday 26th January).

Mr Wickham also clarified that the lockdown is not for the whole of Western Province but only for identified hotspots within the province.

The four areas are Marovo, Munda, Noro and Gizo.

Mr Wickham said contact tracing will be conducted at Rukutu and Seghe in the Marovo Region effective immediately.

The decision to for the lockdown was made after Prime Minister Manasseh Sogavare revealed yesterday that seven crew members of MV Nusatupe tested positive to COVID-19.

The cargo vessel went to Rukutu Village on 16th January and dropped off cargoes and passengers attending a centenary celebrations during that time.

Reports from Gizo said the vessel also went to Munda, Taro and Gizo before it was recalled back to Honiara. The vessel supposed to do a stopover at Noro but was refused entry.

Mr Wickham said areas that are not identified for lock down must continue with the COVID-19 safety practices and protocols recently implemented by the Provincial Oversight Committee.

He said these include the wearing of facemasks, social distancing and washing of hands with soap or the use of hand sanitizers.

It was also agreed during the meeting that the outcome of the four days lockdown for the four areas identified will determine whether or not Western Province will go into further lockdown.

However, the meeting heard that this is a decision for the national government to make.

It said people have also limit their movement within the islands and villages and cooperating to ensure safety measures are adhere to within their communities.