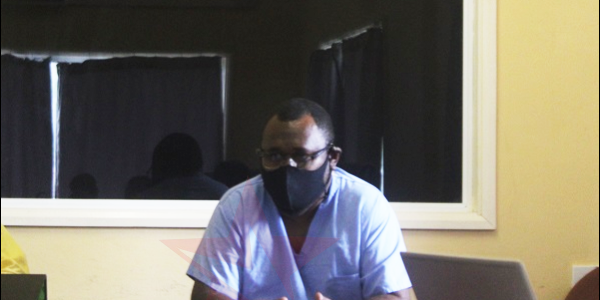 Mr Ngira said the woman only started getting really sick after the vessel visited Rukutu.

He said when her condition became critical, she was rushed to Seghe Mini Hospital but died today.

The woman had a pre-existing medical condition but the committee is still unsure if she was swabbed for COVID-19 when she was at the hospital.

Following this report and the report of the seven crew members of MV Nusa Tupe’s COVID-19 positive test results, the meeting decided that contact tracing to be started immediately at Rukutu and Seghe.

The meeting also decided that the four areas of Marovo, Munda, Noro and Gizo go into a four day lockdown from 6pm tomorrow (Wednesday 26th January) to Sunday 30th January.

Four passengers who travelled on the vessel from Honiara disembarked at Rukutu.

Dr Buin said initial reports also stated that during MV Nusa Tupe’s docking a number of children and adults were sent over to the vessel.

He said this was when hundreds of members of the Seventh Day Adventist Church gathered at Rukutu for the church’s centenary celebrations.

“So there is likely they have been in close contacts with the persons that carry the virus and it can spread quickly if there is no lockdown taking place,” he added.

Therefore, he said it’s important to have a longer lockdown to allow Western Province health team to conduct swabbing and at the same time to minimize people’s movements.

“It’s more than 8 days since the ship’s crew came in contact with people and community here in Western Province.

He added although there is not enough resources and capacity to cater for the whole population in Western Province “we will do what we can do”.

“We will respond as how we can that depends our ability,” Dr Buin said.

He said at this stage the provincial health officers would be unable to test the whole region of Marovo as there is only limited supply of medical kits and swabbing equipment.

However, he said Western Province Health is expecting a flight from Honiara to bring the needed supplies to the province.

“So we will be doing things strategically in our own capacity and at this moment Rukutu is expected to have more cases as reported,” he said.