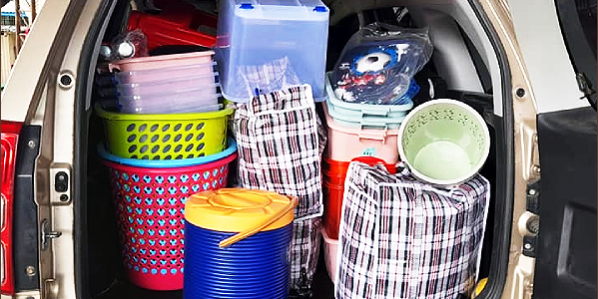 A man from Lord Howe Settlement in Honiara is appealing to all communities in Honiara to return items taken during the recent unrest to the Solomon Islands Chinese Association.

The man, who refused to be named, made the appeal today (2nd December 2021) after returning items members of his family and community take during the looting and violence last week.

A statement from the Solomon Islands Chinese Association (SICA) chairman Henry Kwan thanked the family and Lord Howe community for the good heart they have shown towards the Chinese people.

However, the man said there are still items with people at the Lord Howe Settlement that are yet to be returned to SICA.

“We are all Christian people and if you have such things at home that you take it from the looting it is good for you to return it back,” the Lord Howe man said.

He said these Chinese people tried their best to do their businesses in Honiara to earn a living for their families and provide employment for our people and to lose their properties and what they own is a sad thing.

Therefore he appealed to other communities around Honiara to also do what his family and community had started doing in returning the items taken during the unrest.

Many Chinese owned businesses operating from China Town to Ranadi were among those looted and burnt during last week’s violence resulting in losses into the millions of dollars.