Maka’a appeal to his people to settle land issues 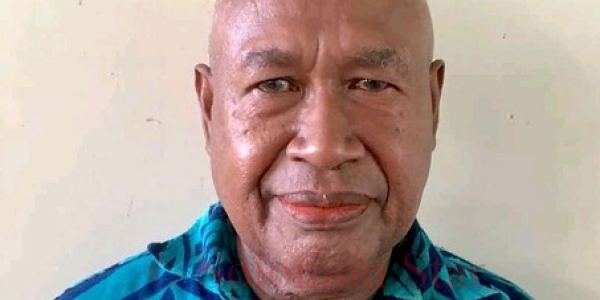 THE Premier of Makira Ulawa Province, Julian Maka’a has called on his good people in his province to settle land issues and allow development to take its course.

He made this call during the 39th Makira Ulawa Second Appointed Day’s celebration in Makira Ulawa Province last week.

“We need to develop on our lands.

“Therefore, it is important that land issues be sorted out to allow development on your lands,” he told his people.

He said development of Makira Ulawa Province is in the lands of his people.

“Through the support of our people; together we can develop Makira Ulawa Province,” he added.

Premier Maka’a believes that government and people along cannot develop Makira Ulawa Province but through participatory planning that the province is able to develop.

“Leaders comes and go, but we will remain in our home for as long as we live.

“Therefore, let us strive to improve our homes than waiting for our leaders to tell us what to do,” he said.

The theme for this 39th Second Appointed Day celebration is “Institutional Empowerment for Development Advancement.”

It reflects the desires of the Provincial Government for Unity, Reform and Advancement (PGURA) to see development in rural areas being driven by people of Makira Ulawa and not dictate by the bureaucrats.

“To be united and to develop, we must ensure all existing institutions are empowered to participate meaningfully in the development aspirations of this province.

“All institutions such as Churches, Youth Groups, women groups, Community Based Organisation, and Faith based Organizations.

“Ward Development Committees, for sustainable development advancement in this beloved Province of ours, Makira Ulawa Province,” he said.

During the celebration ceremony, Mr. Maka’a also highlighted his Government’s vision and mission as embedded in the PGURA Policy Statement 2020.

He said PGURA vision is to advance social and economic wellbeing of the people of Makira Ulawa Province.

“With that our mission is to embrace cultural heritage; empowering all people in the province to a dignified Political, Social-Economic Development and participation for advancing the wellbeing of the people of Makira Ulawa Province,” he said.

The Provincial Government for Unity, Reform and Advancement (PGURA) is founded on the following principles:

He added that the PGURA Government sees that meaningful and sustainable development can only be achieved through being united, reforming our institutions, legal and policy frameworks and business processes so that we no longer do business as usual but trying other alternative ways of doing things to advance in Makira Ulawa Province.