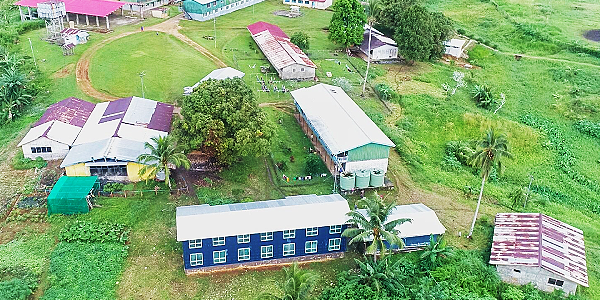 A likely Malaria outbreak at Aligegeo Provincial Secondary School (PSS) in Malaita Province has forced the school to suspend classes for two days.

School principal Alick Bebesia told Solomon Star Auki that an average number of students and staff are currently down with high fever, cough and cold.

Mr Bebesia said because of this the school administration decided to suspend classes for the next two days to monitor the situation.

He said they have requested Kilu’ufi Health Surveillance team for assistance over the weekend but there was no response until today.

He said the situation at the school is serious because half of the school’s population has been affected since last week.

He said many students who went to Kilu’ufi Hospital over the weekend were tested positive with Malaria.

He said it was sad that those students who tested positive with Malaria were not given the Malaria treatment because the hospital ran out of Malaria medicine.

He said the school had to step in to purchase malaria medicine from a private pharmacy in Auki.

“The school cannot wait for the medicines as students were greatly affected so the school has to purchase Malaria medicine from a private pharmacy in Auki to try and address the situation,” the concerned school principal said.

However, he said the Malaria medicine purchased by the school were not enough for all the sick students and staff.

“If the situation improves in the next two days, then classes can resume on Friday but if it remains the same then the school will further suspend classes,” Mr Bebesia said.

Therefore, the school principal is calling on business houses, Members of Parliament and responsible government ministries to step in and support them in this emergency.