MAN WITH MANY TITLES IN CUSTODY 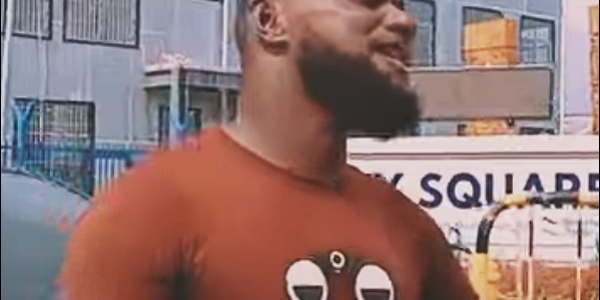 A 28 year-old man who people labeled as a con-man on social media after a YouTube Music Video of him went viral has been remanded in custody over a number of charges including rape.

Jaret Sialo who was remanded in custody on Saturday faces one count of rape, larceny from a person, common assault and three counts of false pretense.

He is due to appear again in the Honiara Magistrate’s Court via zoom video link on March 11.

The accused was working as a taxi driver when he allegedly committed all the offences on all the victims.

The alleged victim in the rape, larceny from a person and common assault matter was walking home from work when the accused who was driving a taxi saw her, stopped and picked up her on 15 October 2021.

During a conversation with the alleged victim, the accused told her his name was Shane and then asked her for her mobile number which she gave.

On 18 November 2021, the accused called the alleged victim, picked her up after work and was supposed to drop her off at the Kukum SDA Bus Stop at Kukum.

The accused however, did not stop there but went and stopped in front of the Kausimae Building where he allegedly raped the alleged victim.

Prior to raping the alleged victim, he had told her he was a doctor from the National Referral Hospital, working at the Operation Theater Department.

The alleged victim also saw a stethoscope normally used by doctors and nurses inside the accused’s taxi before she was dropped off at the Kukum SDA Bus Stop.

Following their two encounters, the accused would contact and picked up and dropped off the alleged victim from work.

The accused also allegedly threatened to inform the victim’s husband about their relationship or upload her photos on Facebook if she refused to follow him.

At one point, the accused forcefully removed the alleged victim’s sim card from her phone and gave her his phone.

This forced the victim to continuously contact the accused to return her sim card but the accused told her he was downloading something to do with the vaccine.

On 5 November 2021, the alleged victim contacted the accused and asked for her phone back or she would report him to the police.

The accused allegedly got angry and contacted her husband and told him he had an affair with his wife.

In relation to two of the false pretense charges, the accused allegedly obtained a total of $1,100 from the complainant and her sister.

The accused on 7 February this year stopped along the Lunnga road and forced the complainant and her sister to board the car he was driving for a ride.

The complainant and her sister boarded the car due to fear for their life and their safety.

It was alleged that on their way, the accused introduced himself as Shane Wickham.

He also told them he is the youngest officer at the Forum Fisheries Agency (FFA) in Honiara and that he is residing at Lungga, GBR at the Prime Minister’s area.

He went on to say that his mother is from Papua New Guinea and he is very happy because his mother sent him money to rent a room at AJ City Mall at Lunnga where he will operate a Phone Shop.

He further told the girls he owns a RAV-4, a Caldina car and a short boot car.

Upon dropping them off, he asked them for their contacts and the complainant’s sister gave him her number.

Later that day, the accused called the complainant’s sister asking her to borrow $1,000 to pay charges of his container at the Solomon Islands Ports Authority (SIPA).

He said he already has $3,000 and needs another $1,000 because if he is late to pay additional charges will be imposed.

He did obtain that $1,000 from the complainant’s sister and promised he will refund their money or he will give them laptops or phone or employ them at his shop at AJ City Mall.

On the following day, the accused again asked for another $1,000 but the complainant and her sister only gave him $100.

The accused also obtained $500 from another female complainant on 11 February this year.

On that day, the accused contacted the complainant and introduced himself as a lawyer named Willie.

When asked by the complainant whose lawyer he was, the accused said he is Doctor Willie, the same person that the complainant and her colleague met earlier the other day at Kingsley-Kai Bar, Point Cruz.

He then told this complainant that he is an agent for mobile phones sold at AJ City Mall but have financial problems to pay out his container charges at SIPA.

When contacted to refund the money, the accused allegedly made excuses and other times would ignore the complainant’s calls.