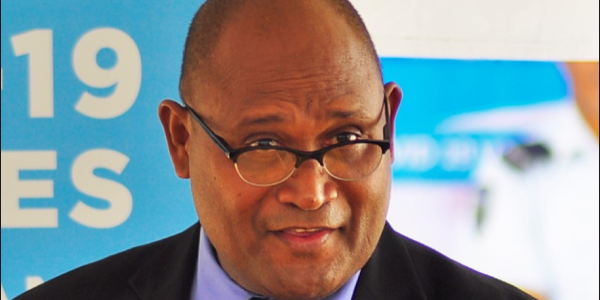 Minister of Health and Medical Services Dr Culwick Togamana in his daily update on the COVID-19 situation in the country last night said these figures are data collected from the provinces from midday, Monday.

Dr Togamana said of the 67 new cases – 21 are from Malaita Province, 16 from Central Islands Province, 8 from Choiseul Province, 4 from Honiara, 3 from Western Province, 13 from Makira Ulawa Province and two from Guadalcanal Province.

He said among the 67 new cases, 45 old cases are also recorded yesterday – 32 from Central Islands Province, six from Malaita Province and 17 from Guadalcanal Province.

He said a total of three deaths were recorded yesterday – two from Guadalcanal Province and one from Central Islands Province.

He said this brings the country’s total death count to 99.

In regards to reports from the provinces, Dr Togamana said of the 21 new COVID-19 positive cases in Malaita – three cases are detected at Kilu’ufi Hospital, 18 in Malu’u Area Health Centre in North Malaita.

“This brings the total case count for the province to 874 COVID-19 positive cases.

“The total death count for the province remains at 11,” the Minister said.

Of the eight new cases in Choiseul Province, he said six were detected in Taro Township, one in Sasamunga and one in Wagina.

He said the total COVID-19 positive cases for Choiseul Province stands at 104 and no deaths were reported for the province so far.

In Makira Ulawa Province, the Minister said all cases recorded in the province are detected only in Kirakira and surrounding communities.

“…total case count for the province is 160,” Dr Togamana said.

In Central Islands Province, he said the 16 new cases detected in the province now bring the total positive COVID-19 cases for the province to 420 and three deaths.

Reports and data from other provinces are still to be submitted to the Ministry of Health and Medical Services.