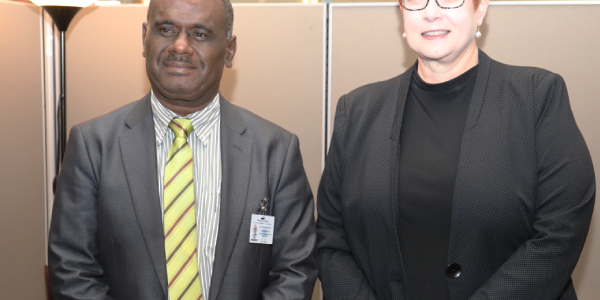 SOLOMON ISLANDS and Australia have met for the first time since the fuss jointly kicked up by Washington DC and Canberra over a security pact which Honiara and Beijing signed last month.

The meeting between Foreign Minister Jeremiah Manele and Marise Payne – the first at ministerial level – was held in Brisbane on Friday night.

There was no formal statement from the Ministry of Foreign Affairs and International Trade on Minister Manele’s talks with his counterpart.

The Australian Broadcasting Corporation (ABC) reported that Senator Payne reiterated assurances from Solomon Islands that the country would not be used for a foreign military base after the meeting with Jeremiah Manele in Brisbane overnight.

Both Senator Payne and Prime Minister Scott Morrison have been criticised for having little contact with Solomon Islands officials since it signed the security deal with Beijing last month.

Friday night’s exchange was the first high-level ministerial meeting between Canberra and Honiara since news of the security pact was leaked in March, ABC said..

Australia, along with the US and New Zealand, have voiced concerns over the deal, amid baseless fears the pact could open the door to a Chinese naval base in the South Pacific — speculation Solomon Islands Prime Minister Manasseh Sogavare has dismissed.

“Australia has been consistent and clear in stating our respect for Solomon Islands’ sovereign decision-making,” Ms Payne said in a statement after the meeting.

“However, we have reiterated our deep concerns about the security agreement with China, including the lack of transparency. I again welcomed Prime Minister Sogavare’s assurance that Solomon Islands will not be used for a foreign military base,” she said.

“I think what we need to do is make sure we just focus on what is very important for the Solomon Islands — ultimately their sovereignty — but that Australia remains the security partner of choice,” he said.

Australian Opposition Leader Anthony Albanese said “it’s about time” the meeting took place, but he would have expected that Shadow Foreign Minister Penny Wong had a seat at the table.

“I don’t know the circumstances of whether Marise Payne invited the Shadow Foreign Minister. Given we’re in caretaker mode — that would have been the appropriate course of action, I’m not aware of whether that happened or not.”