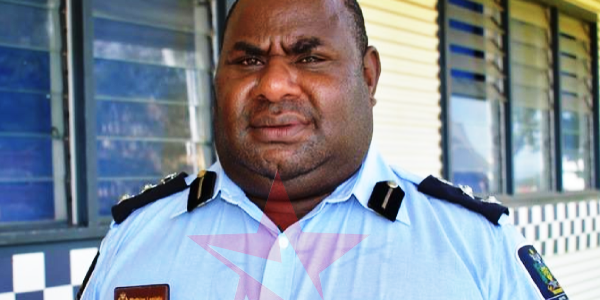 GIZO Police in Western Province will start arresting vendors who continue to disobey the order to stop selling in public spots in Gizo.

This was revealed on Tuesday during a public awareness in Gizo.

Police officer Alick Alesina during the awareness said the country is currently under a State of Public Emergency (SOPE) and this is to keep the citizens of the country safe from the COVID-19 virus.

“However, there are some people who continue to disobey the orders,” Mr Alesina said.

He reminded the public in Gizo that curfew is still enforced and a number of arrests have already been made.

“This happens when a person never listens,” he said.

He added as of Thursday, the KHY market area must be cleared off for decontamination.

“Therefore, anyone caught selling betel nuts and other produces, will be arrested and put behind bars,” Mr Alesina warned.

Western Provincial Disaster Committee (PDC) Acting Chairman, Patrick Toiraena told the Solomon Star Gizo last week that the immediate arrest of any vendors at the public spaces will be enforced this week.

“If someone is arrested as of Thursday, they will be tested for COVID-19.

“If they are tested negative, they will be placed behind bars for 72 hours which is approximately 2 days,” Mr Toiraena said.

He said those who tested positive will be transferred to the designated quarantine centers and will have to wait for another five to days quarantine,

“After their release, they will still return to police and placed behind bars,” he said.
As for fencing of the KHY area, the Western Province Executive will decide on it Monday next week.

“If the executive approves the fencing next week, the fencing will be constructed immediately.

“However, since the provincial health sector gives a strong warning about the area at KHY, enforcement will be carried out whilst waiting for the fencing next week,” Mr Toiraena added.

KHY area will be sealed off to disallow any marketing activity.

Only boats from the islands will still have access to berth at the KHY seafront.

Meanwhile, Western Provincial Police Commander (PPC) Mathias Lenialu has called on betel nut vendors in Gizo to listen and cooperate with police and other key stakeholders and the provincial government. “No one is above the law and so we have to respect the law and so by obeying the law we will have lesser trouble and problems coming our way that we do not want,” he said.