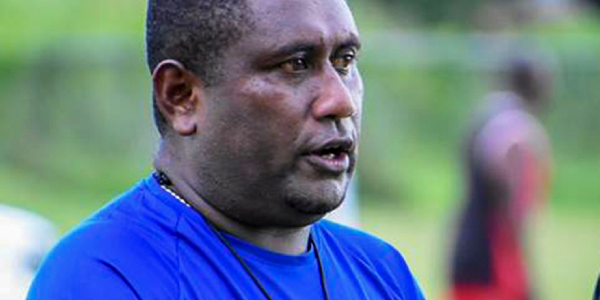 KOSSA COACH Eddie Marahare will be organizing a football tournament in East Guadalcanal to select players for team Eastern Frigates as they gear up to defend the Guadalcanal title.

Home based soccer players of East Guadalcanal will travel to town to play against town based Eastern Guadalcanal players.

Preparations actually started kicked off last month with the selection of a town-based team representing Eastern Frigates in a soccer sevens tournament at DC Park.

“We used the seven aside competition as part of our preparations for the Guadalcanal cup.

“We selected some town-based players during the competition and now we are looking at bringing over home based players and organize matches.

“We will then select players for the Eastern Frigates team and train towards this year’s Guadalcanal Cup tournament,” he said.

Whilst preparations to have home-based players come over to Honiara, fitness is one area Marahare is worried about.

Marahare pointed out the level of fitness needs more improvement.

He said therefore early notification of organizing tournaments have to be disseminated, so soccer players both in Honiara and home based can have time to get fully prepared.