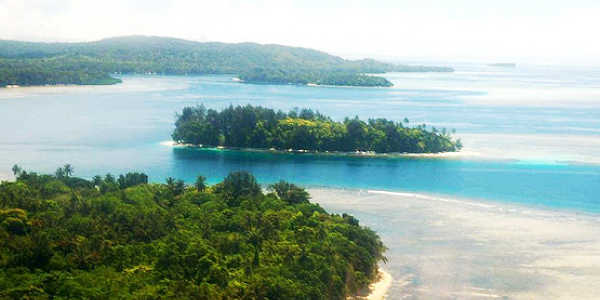 We sincerely share grievance with the rest of East Guadalcanal Provincial business owners, Private or Communal, home stays out there, bungalows, Tavanipupu Tourist Island Resort, World Vision, health sectors & the travelling Public at large as we all are equally denied of the required Air services, by the Solomon Airlines Executive in its 7th months off flights hence unprofessional.

In this publication, we go to Media to brief & produce facts on the cons & fabricated stories compiled by fewer third-Party Persons not based on any legal stance at all yet Airlines Executive had acted to boycott flights hence resulted in the Air Port closer which is a huge setback to this remote East Guadalcanal People in terms of Air services.

Some time in early March 22, we met & discussed with the Airlines Lawyer- Mr Gareth Remobatu & HR Manager Mrs. Monica U’tukana. We talked over a number of related and associated string of issues thereof. The main issue was the closer. It is our hope that the two would give instances to allow flight resume.

On legal interests, we requested a copy of the flight halt written application submitted to Airlines by a So-Called Airport claim owners as we knew it was the basis upon which the Executive has called off the Air Services.

Hence, under such a cover up. Mr Gareth had requested from us to write a revocation appeal to the Air Lines Executive requesting to grant Airport reopen hence services resume.

For heaven’s sake we did not want to be fooled because the Marau Airport MOU Lease agreements has already been dished on Mr Gareth’s table hence Solomon Airlines office Executive knows very well but acted on the opposite.

Unbelievably, where already flights have cancelled hence must only be done under legal reasons or threats issued, we insisted seen that there was no appeals made we requested the grounds under which Air Lines Executive had sued instant flight cancelled effective.

By then, Mr Gareth gave in his fishy explanations, he said that Executives action was only made upon a phone call received from a member outside of trustees who has called for Air Port closer, hence his action was a direct criminal threats issued against a Government State-Owned business Enterprise (SOE) quo.

We asked Mr Gareth for the name of that caller on legal reasons, rather he defended, said that his office does not even know that caller in person or by name but sued instant actions for the safety of Air Craft & its staff officer there @ Marau.

There was a conflict of interests noted here too, sued by Mr Gareth upon a not true info as he himself relied on a hearsay pending court case stands against the Airport Land Trustees by another third Party name Komupa’u Tribe as falsely claimed by their hired Spokesman Mr Solomon Houaisuta whom he was the signatory of the written flight halt application denied by Mr Gareth we found out.

Above all, the most liar hence only fabricated stories which was the third Party member’s sole excuse reason actually penetrated through Air Lines Executive, Mr Gareth bases that there was a fight broke out between the Airport Land Trustees with them Komupa’u tribe under which Mr Gareth falsely dictated that the fight was Airport related incident.

However, we crossed to the Ministry of Communication & Aviation-MC&A as a stakeholder where we met & discussed with Mr Trevor Veo a superior Staff officer hence from whom we found further proof of Mr Gareth’s Liars.

We asked Mr Trevor if whether the MC&A board of Management have been also served with the copy of any application submitted by a So- Called Air Port Claim owners to withheld flight operations & if the MC&A- (MTB) was part of the decision taken by Solomon Air Lines Executive.

However, we don’t exactly understand if it was a fishy game, but interestingly Mr Trevor Confirmed to us that MC&A has never received such an application or neither his Ministry has involved in the decision taken by the Air Lines Executive to withheld the Marau rout Air Services.

Rather, Mr Trevor gave us a copy of an email sent to him by Mr Gareth- (Airlines Lawyer) dated on the 11th/March/2022 @ 8:41 am title dictated as Attention: This email originated from outside of the organization(SIG). Do not click Link or Open attachments unless you recognizes the sender & know the content is safe.

Seemed fishy the nature of Mr Gareth’s email with proof he was asking for confirmations from Mr Trevor if a copy of the Airport closure application Air Lines Executive had actioned was also copied to the MC&A office as well.

We read along & confirmed that there were fishy games played between the outside trustees with Mr Gareth & Mrs Monica by way they were defending liars for denying receipt of the third Party application showed in Mr Gareth’s email.

Hence, In our conclusions;

Why haven’t you Airlines Executive called on Police to further investigate these allegations on legal interest , or was he that Police officer(s) whom gave you directives on the incident your best friend or incited issues as well.

Hence, the status and legal basis of the Marau Airport Lease agreements was dished on your table Mr Gareth, yet your negligence sued has costed Solomon Air Lines huge business lose we guess which dictated that you are not Competitive.

Anyway, we are willing to work with the Solomon Airlines Executive & Ministry of Communication & Aviation with the Assistance of Police Commissioner to dig further into the threats issued against the Government SOE properties & its service provisions for the interest of East Guadalcanal People.