Medical staff stuck in provinces, unable to travel for work 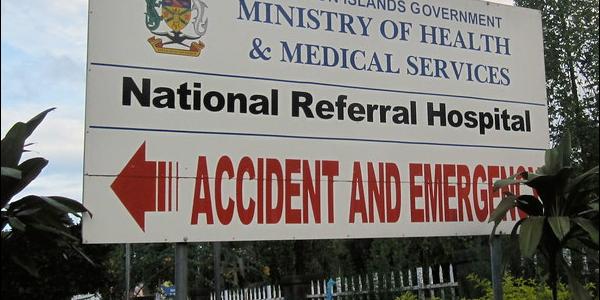 Border restrictions due to COVID community transmission has denied a good number of medical staff to return for work in Honiara.
Reports reaching Solomon Star said a number of these officers are working at National Referral Hospital (NRH) and Honiara City Council (HCC).
They have been on vacation since December with some early this month.
However, when Prime Minister Manasseh Sogavare announced the first lockdown on Wednesday 19th January, they got stuck in their respective villages and provinces.
Since then they are unable to travel to Honiara to help out in the fight against COVID transmission.
Some of these officers played an important role in the medical services.
With close to 70 medical staff including nurses and doctors being stood down and in quarantine after testing positive for COVID-19 in Honiara, the National Referral Hospital (NRH) and Honiara City Council clinics are under huge pressure to maintain services.
It was revealed that there’s a desperate need for more medical services to continue provide services during this critical time at NRH and HCC clinics.
Staff are also need to do contact tracing and vaccination rollout in parts of the city this week.
This morning NRH vehicles have to visit some of the nurses’ home to look for some of them.
However, the response was, they are still in the provinces and have not returned.
Some of the officers were supposed to return late last week and early this week with their families to prepare for the start of the 2022 school year.
Its unclear how many nurses are still stuck in the provinces.
They can only travel to Honiara once the borders are reopened based on the advise of the government.
In light of the nursing shortage, government said it would recruit nurses who have already graduated but are unable to find a job.
Some of the retired nurses will be reengaged as well to help the current shortage, government added.
Meanwhile, SBM Online has reported that most of the local nurses working in Vanuatu have raised their hands to return and help out in the fight, should the government decides to engage their services.