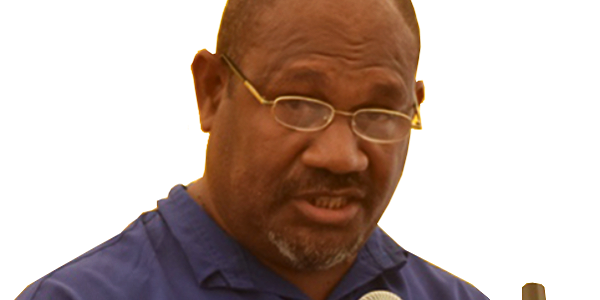 PROVINCIAL Governments have achieved 100 per cent compliance in their financial reporting, the Ministry of Provincial Government and Institutional Strengthening said this week.

The Ministry disclosed this in a paid article published in both dailies on Monday. The two-page article was in response to a report on the Renbel Provincial Government on audit issues. The article was published by the Island Sun newspaper on 10th January.

“Whilst the figures mentioned in the article are facts, I disagree with the conclusion that nothing was done by the Ministry to address the issues highlighted in the Office of Auditor General (OAG) report for the period indicated in the report.

“And to use the case of Renbel to question the public expenditure capabilities of eight other provinces is an indication that the author of the article is somehow out of touch and not the least updated on provincial affairs especially the capabilities of the Provincial Governments to support the delivery of the much-needed infrastructures in our communities,” Permanent Secretary Stanley Dick Pirione, said.

“… the nine provincial governments currently have a sense of satisfaction with the progress being made when they look back at the baseline in 2007,” Mr. Pirione said.

“From 2008/9 to date there has been 100 per cent submission of financial statements to (the) Office of the Auditor General (OAG) as per the Provincial Government Act because of the enforcement of minimum conditions by the Ministry.

“Of the SBD222 million disbursed by SIG from 1993 – 2006, only 14 per cent was reported and accounted for by the nine provinces. Reporting is now a minimum condition thus all provinces submit quarterly reports before funds are released.

“We have achieved 100 per cent reporting of both recurrent and PCDF,” Mr. Pirione said.

The Ministry said that in the 15 years before 2008 only six provincial transactions were ever audited by the OAG instead of 135.

“From 2008 to date all transactions of the nine provinces are audited because it is minimum condition for access to PCDF. This represents 100 per cent compliance.

“There was no work plan or investment plan of any province for 15 years before the program started but now all provinces produce three year rolling investment plans as a minimum condition before the Minister signs the budget into law.

Mr. Pirione also said that prior to 2008, provinces did not have the capacity to produce credible budget. They have been trained and are now producing “credible and balanced budgets.”

“Since 2008/9 there has been 100 per cent auditing of all Provincial Governments financial statements.”

Mr. Pirione also claimed that with the introduction of the PCDF, provinces have delivered “over 1, 440 solid projects at a cost of about $295 million, creating more than 8, 000 jobs in our communities.”

“The author may not be aware that the PCDF has led to a creation of 100 contracting companies who are the main beneficiaries of the $295 million disbursed to the provinces for projects. He may need to be told that PCDF contracts so far have been awarded to only local contractors and funds have been circulated locally,” Mr. Pirione said.

“All these funds were provided by SIG and donor partners because they had confidence in the capability of the MPGIS to support the nine provinces to deliver and account for the funds.

“With the strengthening of the PG revenue mobilisation systems, the author must be informed that the local revenue collected by provinces as own source revenue, which used to be $20.6 million in 2009/10 now stands at $64.8million in 2021 about $7 million more than the recurrent grants allocated by SIG in 2021,” he said.

What the Ministry has not disclosed is the fact that many of the projects were undertaken by companies owned by Members of Parliament as well as their provincial government politicians.