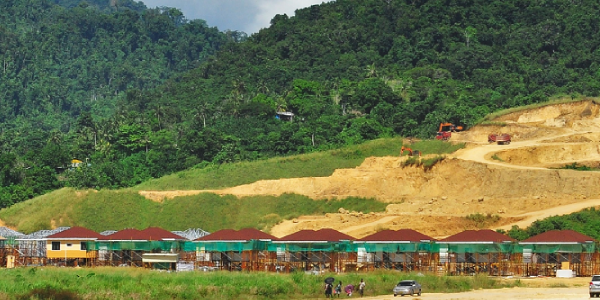 GOVERNMENT politicians have begun moving into executive houses at the controversial Mamara Housing development West of Honiara after the ruling DCGA coalition has bought 50 of the houses.

Permanent Secretary (PS) of the Ministry of Commerce, Industries, Labour and Immigration Riley Mesepitu told a news conference this week that “some officers have already moved into those houses.

“The houses were already purchased, 50 of them, and some of the government officials are already occupying some of these houses,” Mr. Mesepitu said.

It is not clear how much the deal cost the government, but based on the prices the purchase could be as high as $100 million or more.

Mesepitu confirmed that the land titles for the houses have been transferred to the government, meaning that they are now owned by the state.

He said the first 50 houses will be allocated to public officers under the Public Servants’ Housing Assistance (PSHA) scheme which will come into force in the second half of the year.

Solomon Star has since independently confirmed that those who moved into the new executive houses are government politicians, including Ministers, not public servants.

There could be others as well but I can confirm that all four so named have been living there for quite some time now,” sources told Solomon Star yesterday.

It is understood that a $13 million down payment was made following a Sales and Purchase Agreement was signed between the Solomon Islands Government and the developer, Metropolis Pacific PTE Ltd, and contractor, Metropolis Mamara Development Ltd last year.

The payment represents the first installment of 40 per cent stipulated in the Sales and Purchase Agreement.

The government has said nothing publicly about the introduction of the Public Servants’ Housing Assistance (PSHA) scheme, which appears to have been designed to buy off political support for the ruling DCGA to remain in office.

No senior public servants are known to have moved into any of the houses because of the costs. It is also unclear how individuals MPs who have and are moving into the houses would pay for ownership of the houses.

One way of paying off the houses is to raise the monthly rentals allowances paid to Members of Parliament who occupy their own houses.

They currently receive up to $20, 000 a month in tax-free rentals for living in their own houses.

That scheme was introduced by Prime Minister Manasseh Sogavare some years ago and has since been incorporated in the Parliamentary Entitlements Regulations (PER). Many MPs, including former ones, have acknowledged the rental scheme has helped them pay off their housing loans from the banks.

Senior public servants including Permanent Secretaries on the other hand, do not get such allowances due to the nature of their contracts, which provide only $10, 000 in taxable rentals a month.