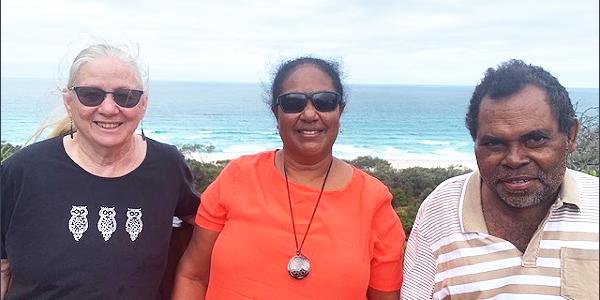 AMONG the six candidates contesting the West Kwaio by-election in Malaita Province this coming September is the wife of the former West Kwaio Member of Parliament (MP) late Titus Fika.

Judith Ahuapata Fika who is the only female candidate to contest the West Kwaio parliamentary seat is looking to fill the West Kwaio seat which has been left empty following the death of her husband after an illness last year.

Fika will be up against five other male candidates for the West Kwaio vacant seat when the people of West Kwaio go to the polls on Wednesday 21 September 2022.

History shows that women who contest in place of their husband who previously held on to the Member of Parliament (MP) have a high success rate in winning election results.

According to history, in the North Malaita by-election of 2012, the wife of the former MP for North Malaita Jimmy Lusibaea, Mrs Vika Lusibaea was elected with a landslide victory over her rival candidates.

In 2017 following the High Court decision against the MP for Gizo/Kolombangara Jimson Tanangada, he lost his seat resulting in his wife being successfully elected in the by-election.

Following the death of the East Makira MP late Charles Jordan Maefai in 2019, his wife Lilly Maefai was successfully elected and won the East Makira Bye Election in the same year.

History shows that sympathy voting is a big deal when it comes to by-election where constituents usually voted for someone that is closely related to the former MPs, which in the above mentioned cases are the spouses of the former MPs.

The wife of the former MP Judith Ahuapata Fika is contesting as an independent candidate with the symbol Umbrella.