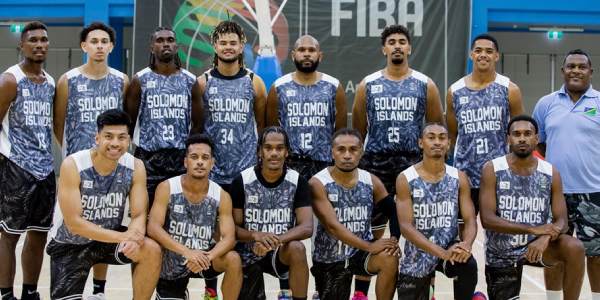 The national men’s basketball team went down 66-57 to Fiji at the Vodafone Arena.

It was an outstanding performance by Solomon Islands against the 2017 Melanesia Cup bronze medalists.

By the end of the third quarter Solomon Islands was just four baskets away 41-49.

Fast counters and drives were successful for Solomon Islands in the final quarter but yet could not make it past the hosts as they kept bagging three points to stay ahead in points for the remaining quarter.

Solomon Islands will play their final match of the tournament against New Caledonia today at the Vodafone Arena while Fiji will play Papua New Guinea.

For Fiji this is their first win of the tournament following after their defeat to New Caledonia on Tuesday.