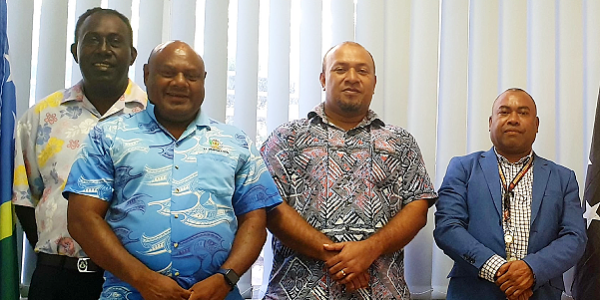 TWO officials from Immigration Department within the Ministry of Commerce, Industry, Labour and Immigration are in Port Moresby, Papua New Guinea (PNG) for a series of meeting with their counterparts.

This was confirmed by the country’s High Commissioner to Papua New Guinea (PNG) His Excellency (HE) William Soaki in a statement following a jointing meeting on Wednesday.

“Director Chris and Bimbo are currently in Port Moresby attending a week long capacity building workshop and tours organized by PNG Immigration and Citizenship Authority in direct support to SI Immigration Division’s preparation for the 2023 Pacific Games and thereafter,” he said.

The paper understood that one of the issues being discussed is the collaborations is on the border movement and crossing at the common border between Shortlands and Bougainville.

The region’s border was closed during the height of the COVID-19 outbreak for the past two and half years.

With the easing of traveling restriction and reopening of the international border, people within the region are slowly going back to enjoying crossing the border to do trading and business.