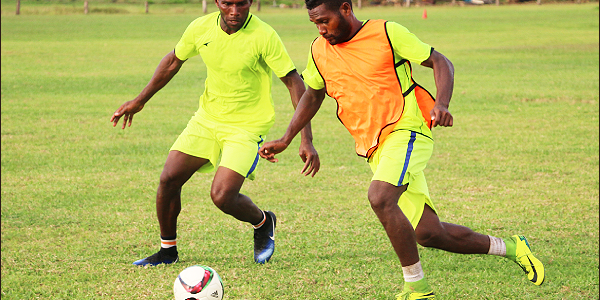 AFTER missing a few days of training, the country’s national men’s football training squad is back on the pitch with their daily training.

The squad had to cancel all trainings as of Wednesday last week due to the recent protest which turned violent.

Following assurance of peace returning to the city, the team wasted no time as they picked up from where they left with their training early this week.

Coach Felipe Vega Arango said the team has little time to get prepared for the World Cup Qualifiers in March next year, therefore should not waste any time.

The Spaniard said due to the short time left, players must show commitment towards training.

“The team is back in training after missing a few days due to the recent unrest experienced in the city.

“We don’t have much time to prepare so we have to make good use of the days we have left,” he said.

“If a player decides to go back home and play in any other competitions, they will be left out of the team

“This is a World Cup Qualifiers tournament and we are going to represent the nation, so players must show commitment and seriousness towards the national team.

“It’s really important to represent the nation in the best way possible, to keep the country happy, unified and to show the nation that we can do things together so the players have a big responsibility.

“Its going to be a competition between the players, because some players will have to be left out,” he added.

In the past there used to be three goal keepers and 20 players, but now due to the Covid-19 pandemic FIFA is allowing a few more players in case a problem arises.

Felipe is yet to confirm if this will also be applied to the Oceania World Cup Qualifiers.

Trainings are continuing on daily basis except on Saturdays and Sundays.