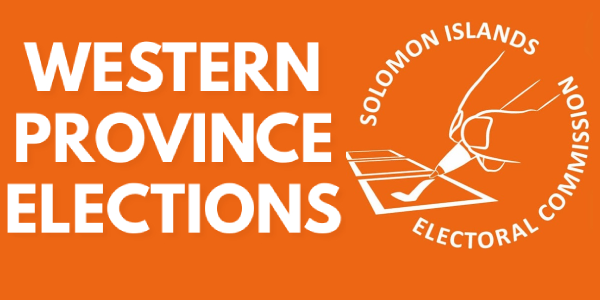 Nomination for the registration of the intending candidates in around Western Province has opened last Wednesday.

With the 26 wards within the constituencies in around Western Province, nomination centres have been created and candidates with their voters are now visiting their nominations centres as of last Wednesday during the opening of the registration for the nomination of the candidates.

Gizo Ward 11 which is that provincial capital of Western Province saw the first day of the nomination has seen very few candidates and voters turning up for the registration.

In an interview with the Solomon Star Gizo on Wednesday, Terence Ziru Communication Administration Officer said that during the first of the nomination, very few people have arrived at their nomination centres to register and filling up of the forms.

Mr Ziru said the same goes out to every nomination centres in every wards in each of the constituencies within the Western Province.

Ziru said although there is a low turn of candidates and voters on Wednesday, it is also one of the busy day at the office.

“During the beginning of the nomination, it is also quite a busy day for us.

“This is because many voters have come to check up for their names, lists and matters to sort it out,” he said.

Ziru said the provincial assembly elections for Western and Choiseul Provinces is now commenced with nomination of candidates beginning since Wednesday today 9 November 2022, for a period of 7 days till this Wednesday 16 November 2022.

He said nominations will be administered by respective Assistant Returning Officer for the wards.

He added there are still other intending candidates who are yet to come forward and register.