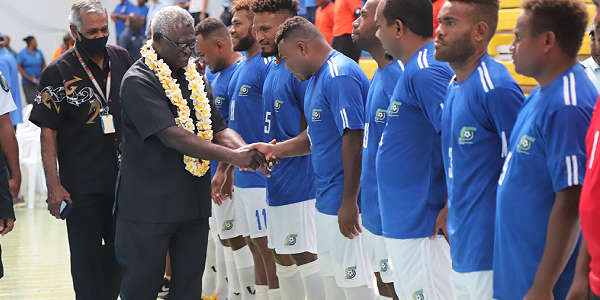 The token, a sum of an undisclosed amount was handed over to the players before their exhibition match between the new and old Kurukuru players.

Prime Minister Sogavare also took that time to thank the national futsal team of Solomon Islands, Kurukuru for flying the country’s flag in international and regional competitions despite not having a proper futsal home for more than 10 years, since Kurukuru started representing the Oceania region in the FIFA Fusal World Cup.

He said now that Solomon Islands has this new futsal facility, it will help breed more future Kurukuru players and help maintain the status as the Oceania champions.