Opposition against proposed extension of Parliament 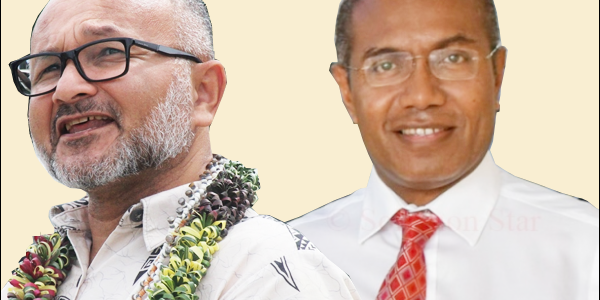 THE Parliamentary Opposition Group is concerned over the Democratic Coalition Government for Advancement’s (DCGA’s) continual push for the Extension of Parliament from four to five years.

Opposition Leader, Mathew Wale together with MP for East Are’Are, Peter Kenilorea Junior (Jnr) confirmed this in a press conference with the media yesterday.

Mr Wale said they knew the government had held meetings, and also with the recent Chamber of Commerce statement issued, majority did not support the idea.

“I know recently with Chamber of Commerce, because the Chamber issued their statement saying the majority did not support this idea,” Wale said.

The Opposition Leader said they had made it very clear before that the country adopts a constitutional parliamentary democratic system.

He explained it is the people who consent them leaders to come and represent the people in Parliament.

“That is the consent and so those who are governing cannot come after the election and do things on their own, or things they never ask permission or consent to do at the election,” Mr. Wale explained.

He added to extend the life of Parliament is self serving. He said the Opposition viewed this as a very serious breach of trust to the people.

“It looks like they have lost trust with the majority of the people in this country. We want to highlight that unfortunately government seems intent on pursuing this goal of theirs for extending the life of this house to five years.

“And the government do not like to carry out a wide, broad consultation with the public on this matter is a greater concern to them,” Mr. Wale said.

Meanwhile, MP for East Are’are Peter Kenilorea Jnr explained, election cycles are separate from any policy of any government in any democracy.

“We must not start to mix the election cycle and the government’s plans. In arguments stated that government is yet to finish this policy and like to extend the life of Parliament, those are two separate issues,” Kenilorea Jnr said.

He added in any healthy democracy; a regular, free and fair election is very important.

“And that has nothing to do with the government’s policy, those are separate issues.

“Fundamentally, this is flawed argument whatever reasons the government had put across to look at policy issues and reasons for extension is fundamentally flawed arguments and we should not go down that road as a democratic country,” said Kenilorea Jnr.