Passenger shocked by treatment aboard vessel 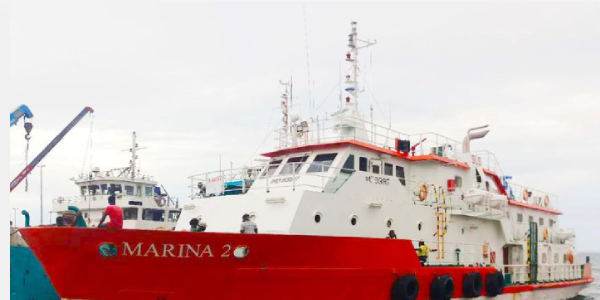 A PASSENGER who boarded MV Marina 2 from the Western Province to Honiara last week says she was shocked to see how passengers were treated during the trip.

The passenger who wished not to be named said she wanted to bring this issue out to the public for others who could not speak out.

“I was so shocked to see how passengers were treated on MV Marina. The Clerk of the ship had tripled the cost of each seat on the boat to other people,” the passenger said.

“….and it is not fair for mothers with children who were asked to find any spot on the ship to sit with their children,” the passenger added.

The disappointed passenger said she saw children screaming as it was so uncomfortable for them all night.

“My heart simply melted to see them cry as their mums tried their best to comfort them. But whatever they did, failed.

“I bought a return ticket to secure my seat two weeks prior to coming back to Honiara as has been advised by the Clerk.

“To my surprise, two other people had been given the same seat and one of them was a little boy.

The passenger said she and the little boy had to find the only space on the stairs to sit all night.

When the passenger approached the captain about the situation, the captain told her, “Umi faitim seleni nomoa ya,”.

“Instead of the captain worrying about the people’s safety, he was worried about collecting more money for the business,” the passenger said in disbelief.

She further added that it is sad to see how people are so crooked doing what the owner of the ship wanted, instead of putting the welfare of their passengers first.

The passenger went on to say that when she spoke to the person who occupied the seat she paid for, that person said she also paid for it and she bought her ticket two weeks prior to the trip and that showed the Clerk lied to them.

“Does the Shipping Clerk even know about shipping regulations before the Shipping Company employed him?”, the passenger questioned.

When Solomon Star contacted the Easyline SI Shipping Limited, the person who answered the phone said they were not aware of any complaints.

She added that employees on board the boat on that trip were responsible for organising passengers on that trip.

A call made to a mobile number she gave to contact went through but the person did not answer the phone call.

A second attempt was made to the same number some minutes later but the mobile phone was offline.