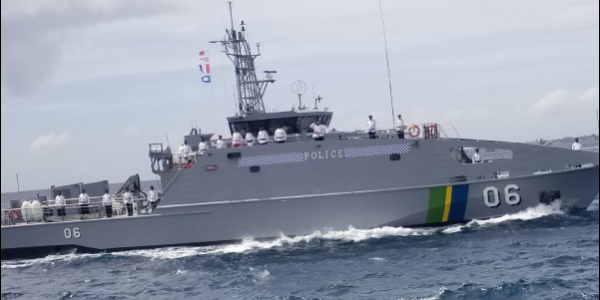 WHEN Patrol Boat TARO – the newest in the fleet of patrol boats supplied by Australia – was sent to Ontong Java two weeks ago, there was little doubt it was going there to deliver medicine and food supplies to the people of the Malaita Outer Islands (MOI).

But news from Ontong Java said TARO, which earlier had delivered food supplies to Choiseul Province – took nothing to Ontong Java,

Instead, it took bags of betelnuts which were sold to the people of Pelau, according to Joseph Kemanusi, a resident on Saluhenua islands in the Luaniua Group of islands.

Mr. Kemanusi said he and others travelled to Pelau where they bought bags of betelnut from the Patrol Boat TARO.

Ontong Java’s medical doctor, Reginald Aipia, said this was reported to him. “It is just unbelievable that public assets are being used to for private interest instead of using the boat to deliver medicine and food rations to the people especially in this lockdown situation.

“The fact that Ontong Java people were ignored is something we cannot understand. Nor can we understand the fact that the vessel Solomon Prestige2 was targeted because it brought much needed medicine and food to the people here,” Dr. Aipia said.

Meanwhile the master of Solomon Prestige2, Captain Billy Mamaloni, has complained about how quickly authorities had cleared another vessel, MV Lebaka, when she arrived in Honiara yesterday afternoon.

“This is one rule for the government and its officers and quite a separate one for others like my ship,” Capt Mamaloni said.

No comments could be obtained from the Oversight Committee or the Commissioner of Police yesterday.