Patty’s love for the environment 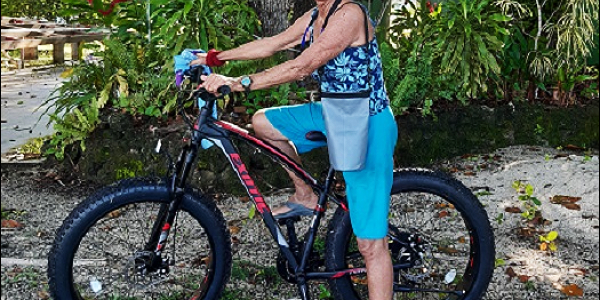 PATTY Maliu Greene loves the environment so much that as soon as she retired as a special education teacher in Honolulu, Hawaii, she got into her small yacht and left Hawaii.

Her plan was to visit all the Pacific Island countries.

15,000kilometers later she found herself in the Solomon Islands water – that was in September last year.

Today Patty is still in Solomon Islands travelling around the islands of Western Province.

Speaking to Solomon Star in Gizo last week, Patty said when she arrived in the Solomon Islands waters, her boat developed some mechanical problems and despite the strict COVID-19 border restrictions then, the government was kind enough to fix her boat and allow her into the country.

She said it has now been four and a half years since she started sailing.

“I love travelling from place to place and exploring different countries around the world,” Patty said.

Unfortunately, she said what upset her most during her trips was the amount of rubbish deposed on land and into the ocean.

“I came to notice during my voyage that rubbish is everywhere in the ocean.

“There is a lot of rubbish that has been dumped in the ocean.

“…here in the Solomons, I can see a lot of rubbish.

“That makes me very sad for some sea creatures.

“That put their lives on danger, especially turtles and other species,” a concerned Patty said.

“You know, what bothers me the most is the ice-block plastics, that plastic goes into the ocean and turtles thinks its jelly fish.

“They will surely eat it and that is when they get sick and dies.”

Patty was a school teacher for 43 years in Hawaii and just before she retired she was teaching at the Parks and Recreation School in Honolulu.

She is familiar with the Pacific Islands because she and her husband used to live in Papua New Guinea for some years.

Having seen the amount of waste disposed on land and into the ocean, Patty volunteered to clean up whatever rubbish she spotted.

Since arriving in Gizo few months ago, Patty volunteered to help the Gizo Women’s Plastic Wise Group and also engaged in Gizo Clean Up Campaign.

Armed with a backpack and ukulele, she also visited schools and frequent the Gizo Market to promote clean environment through songs.

Before the Christmas holidays, Patty visited Vonunu Primary School near Biula School. There she taught the pupils her self-composed song about the environment and no littering in the ocean.

“The pupils take their time to learn my compose song about the environment which is based on the ocean marine.

“I really enjoy the time because I love sharing and talking to new people and make friends.

“Apart from learning the new song, I also conduct an art and creativity class for children in their free time.

“…And most of the time, these kids really love the arts class I teaches.

“I also engage the kids to do cleanup campaign and the kids really have a great time,” she added.

Asked why she loves the environment so much? Patty said it could be because of her name, Maliu is a name taken from Hawaii and Greene which, although is originally from Irish, is also pronounced green.

“When I think green I think about the surrounding environment,” she said.

Patty spent Christmas and New Year at Liapari in Vella La  Vella  and what she experienced was quite different to where she came from.

“It was so simple, not like towns and cities where you can see many Christmas trees with beautiful colourful lights being displayed.

“…in Liapari where I spent the whole Christmas period it was simple and nice, there were prayer sessions at the church, singing and small fun activities.

“They celebrate in heart,” Patty said.

In this New Year, Patty hoped that her messages on caring and cleaning our surroundings will continue to penetrate into the hearts of all those people listened to her.

“I think the people in Solomon Islands will catch on to it because they have pride in sweeping their yards and cleaning their homes,” she said.

She said the ideology to re-think is very important to individual’s attitude and behaviour towards keeping the environment clean and in order.