PELICAN 96 BACK ON  WEST TRIP 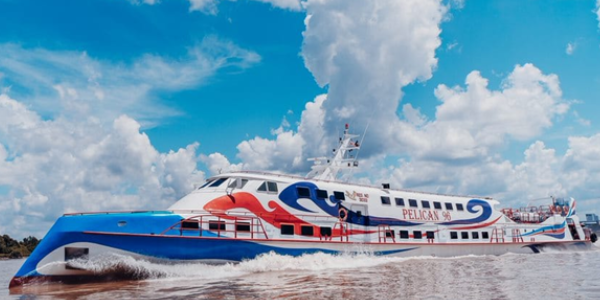 ‘MV Pelican 96’ will launch its  trip again this week after being salvaged from Logha reef in Western Province.

The boat is now fully repaired and confident to launch its second trip in Western Province.

The newly acquired fast craft will operate its maiden trip for the second time  to only five destinations in Western Province as of Wednesday and Thursday in the coming week.

Operator and owner Pelican Express Limited (PEL) has  announced the schedules for the fast craft which will resumed next week with 2 special trip.

“Port of calls will involve from Honiara to Bunikalo, Seghe, Ugeleh, Noro and Gizo ports and return back with the same ports.

The Special trip go from Western Province to Honiara will be on 27 October 2022. 8AM (Thursday).

The boat can travel up to a speed of 30knots according to its data and carry about 396 passengers and offers business and economy class services.

Just last week the first Maiden 96 trip turn into disaster after the boat run aground at Logha Island in front of Nusatupe island.

The fast craft vessel stuck till the next day before a tug boat owned by Sam Lin San Company that also owns the Pelican Maiden 96, MV Marina rescued it.

After several days of repairing and maintenances in Noro, Maiden 96 will continues it voyages for Western province port’s  starting this week.