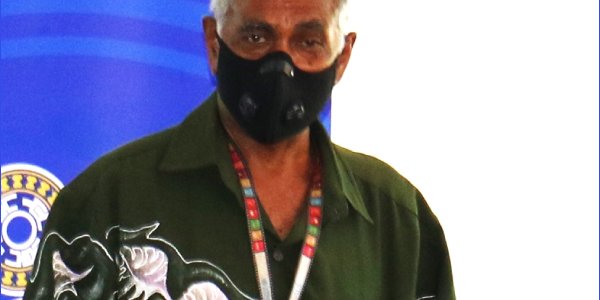 SPM Dr. Rodgers in welcoming the Company Executives presented an overview saying “the Pacific games 2023 is a catalyst to drive development which by next year 2023 will have injected around 1.5 Billion dollars into the Solomon Islands economy, and where today, the Pacific Games is the biggest Construction Program in the country as the Contractors are working around the clock to have the facilities ready by June next year”

Also the CEOs attending were updated with on the ground progressive updates by the Chairman of the National Sports Council(NSC), a government body responsible of Sports development in the country, Mr. Joe Sika, The Executive Director of the Games Facilities Committee Mr. Eldon Tepa, responsible for the construction and renovation of the Games Venue and  Chief Executive Officer of the SOL2023 Games Organizing Committee Mr. Peter Stewart  who is tasked with the Games successful delivery of all Operational elements of the  games who all spoke in detail and  presented an overview and update of the work in progress for the Pacific Games 2023,which is on schedule and time and for a successful delivery.

SPM Dr .Rodgers made emphasis that the Pacific games 2023 would in the long term deliver quality Sporting Infrastructure for the country and is a first direct investment in the youths of Solomon Islands.

SPM Dr. Jimmy Rogers took the opportunity to appeal to those present who represented the State Owned Enterprises and Corporate bodies to take ownership and work closely in partnership with the government as they played a pivotal and important key role in making the PG 2023 games a success and make every Solomon Islanders proud.