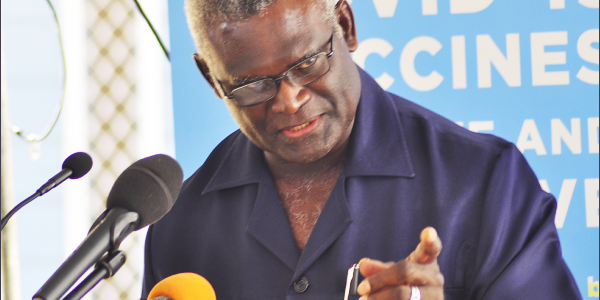 CHINA police are invited to the country to protect their infrastructures built in Honiara because our local police fail to protect the city during last year’s riot.

Prime Minister Manasseh Sogavare told Parliament on Tuesday when presenting a statement on the security treaty with China, that a country and their public may not take too kindly to a certain country protecting infrastructure that is built by another country.

He said the position was expressed to the Solomon Islands government in no uncertain terms when the SIAF (Solomons International Assistance Force) arrangement was formalized.

“We witness Chinatown burnt to ashes and attempted vandalism and destruction to the Pacific Games infrastructures,” he said.

He said the facilities could have all destroyed if it wasn’t for the intervention of the brave workers who stood their grounds to protect the infrastructures and properties in the compound.

He said from their perspective as a country any infrastructure that contribute to the development of their people and their livelihood must be protected.

“If any country does not have the political appetite, to do that we must have an alternative arrangement in place.

“We will be simply foolish and sitting dark to swallow the position and protect the infrastructures that are gifted to us by our friends,” he added.

However, Sogavare said that does not mean they are insensitive to the unfortunate perceptions held by many leaders that the region security is threatened by the presence of China in the region.

“This is outer nonsense but be there as it may.

“We know our boundaries are as members of the Forum family of nations and I have assured the three Prime Ministers on that point; PNG Prime Minister James Marape, Fiji’s Frank Bainimarama and Chair of Pacific Islands Forum,” he said.